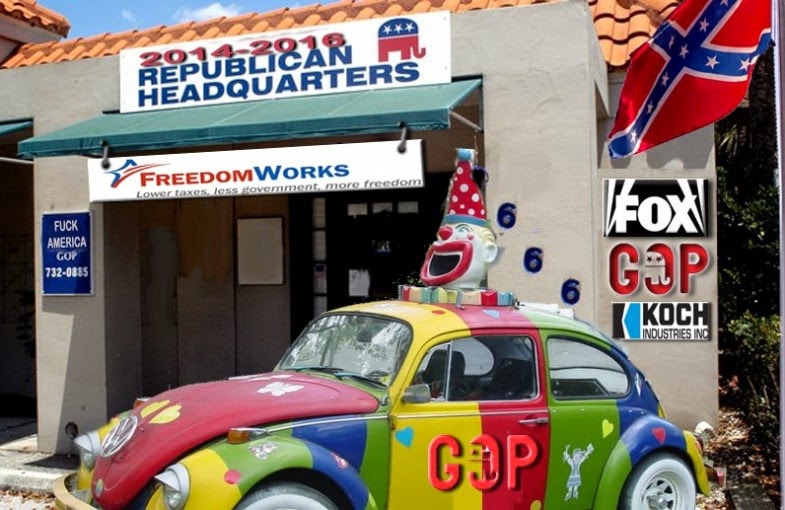 Apparently remembering the clown car circus that plagued the 2012 Republican presidential debates, the chair of the Republican National Committee is saying that not all would be GOP presidential candidates will be allowed to participate in the debates leading up to the GOP presidential primaries.  It seems that, if a candidate doesn't poll at certain levels - the exact threshold has not been fully announced. I for one would enjoy the spectacle of all of the lunatic candidates participating in the debates because (i) it would make for hilarious spectator sport, and (ii) it would underscore just how insane the GOP has become.  The Hill looks at the effort to winnow out some of the most insane candidates.  Here are excerpts:


Reince Priebus, Republican National Committee chairman, says that potential presidential contenders will have to poll above certain levels to earn a spot in the GOP debates.

In a radio interview on the "Hugh Hewitt Show" Monday, the conservative host asked Priebus how the debates would work if there were 20 candidates vying to be heard.

“You can’t,” Priebus said. “You can’t do 20 people. … You have to have certain thresholds in place, so you have to be at 1 percent of the vote in Iowa, and that threshold can move like a slide rule based on the proximity to the Iowa caucus and New Hampshire primaries, just like it did before.”

Priebus said the thresholds would be determined in coordination between the RNC and the media outlet conducting the debate and that none of the minimum requirements had yet been set.

Candidate thresholds for debates are nothing new, but could be a critical component of the Republican primaries in 2016, as the GOP is expected to field a large and diverse field of candidates.

The RNC has scheduled nine debates, beginning in October of this year. The first ballots for the Iowa caucuses won’t be cast until several months later.

The RNC has also shortened the primary period so the party has more time to coalesce around the GOP candidate ahead of the general election.