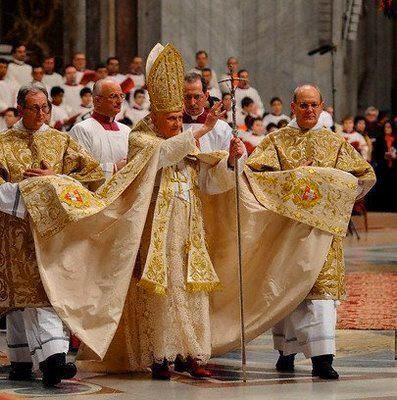 Once again Catholics who have been having the vapors and near orgasms over comments by Pope Francis that they want to see as signs of change in the Roman Catholic Church have slammed against the brick wall of reality.  In statements late last week, during a trip to the Philippines, Francis made clear that he intends to cling to the writings of Bronze Age goat herders and a psychologically disturbed, self-loathing Pharisee - i.e., St. Paul - over modern knowledge and science.  Francis remarks make it clear that he believes gay marriage "threatens the family" and "disfigure God’s plan for creation."  Francis conveniently notes that homosexuality is found in some 400 animal species and that if anything has disfigured God's plan of creation, it is the Church's sexual mores that trace to neurotic misfits in the early Church.  The Examiner looks at Francis' ignorance embracing batshitery.  Here are excerpts:

Just 24 hours after Pope Francis called for restriction of free speech in regards to religious criticism, the once heralded leader of the Catholic Church is attacking same-sex marriage. Speaking in front of a large crowd in the Philippines, Francis appeared to revert back to the same rhetoric used by the church in the past.

Francis arrived in the Philippines on Friday for a five day trip and spoke to thousands in the heart of Manila, the country's capital city. While speaking on the issue of same sex marriage on Jan. 16, Francis went into attack mode. "The family is threatened by growing efforts on the part of some to redefine the very institution of marriage," Francis told the crowd. "These realities are increasingly under attack from powerful forces, which threaten to disfigure God’s plan for creation."

Francis' criticism of same-sex marriage comes just a day after he commented on the recent terrorist attacks in France. Though condemning the violent attacks, Francis seemed to put at least partial blame on the editors and cartoonists of Charlie Hebdo, the satirical magazine that was acted in Paris last week. "You cannot insult the faith of others. You cannot make fun of the faith of others," Francis said, saying that the magazine shouldn't have provoked the attackers.

As I have argued before, the ONLY thing that will bring change to the Catholic Church is for millions and millions of Catholics to walk away and reject the sick mindset of bitter old men, many of whom have lived lives in the closet full of self-hate and self-loathing and found the Church to be their means of hiding from themselves and lying to the world.