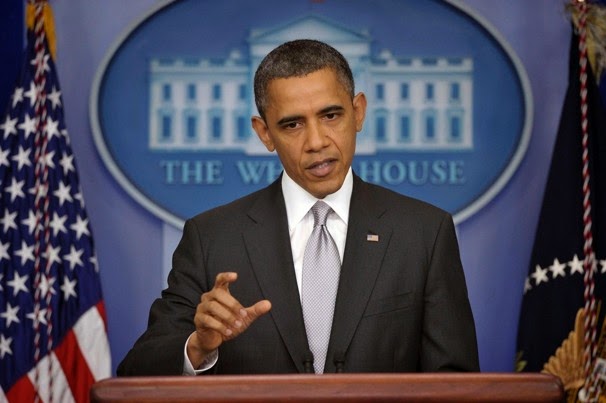 On Tuesday Barack Obama will deliver the State of the Union message and it is expected that he will throw down the gauntlet to Republicans on tax reform and tax policy.  The Republicans talk about  tax reform, but the beneficiaries of their proposals are the wealthy who would receive tax cuts, the GOP answer to everything.  Meanwhile, our infrastructure would crumble further and education would see more cuts.  As Huffington Post and Politico are reporting, Obama's proposals would bring aid to the beleaguered middle class and tax increases for the most wealthy Americans and corporations.  The goal?  To push for needed reforms and at the same time to force the GOP to show the party's pro-wealthy agenda.  Here are highlights from Huffington Post:

During his State of the Union address on Tuesday, President Barack Obama will lay out a plan to extend tax credits to the middle class by hiking taxes on wealthier Americans and big banks, according to senior administration officials.

Under the plan, the capital gains tax for couples with income over $500,000 per year would be raised from its current level of 23.8 percent up to 28. The plan would also strip a tax break, known as a "step-up," that allows heirs to avoid capital gains taxes on large inheritances.

In addition, the plan would institute a new tax on the biggest financial institutions, basing the fee on liabilities in order to discourage risky borrowing. The administration says the fee would hit the roughly 100 banks that have assets of $50 billion or more.

The president's plan would use revenues from those tax code changes to finance credits aimed at the middle class, officials said. That includes extending the earned income tax credits to families without children, which would benefit an estimated 13 million low-income workers, while also tripling the maximum tax credits for child care in low- and middle-income homes.

"This proposal is probably the most impactful way we can address the manifest unfairness in our tax system," an administration official said.

According to officials, the capital gains tax reforms would impact "almost exclusively" the top 1 percent of earners, carving out the majority of middle-income families from the hikes.

Here are highlights from Politico's take on Obama's proposals:

President Barack Obama will use his State of the Union address to stake out a populist vision of tax reform and new middle-class benefits — and practically dare Republicans to say no.

The message: Wage stagnation? Obama’s on it. And if Republicans say no — especially to catchy-sounding ideas like getting rid of the “trust fund loophole” — they can explain it to voters in 2016.

Altogether, the new tax benefits for middle-class families would cost $175 billion over 10 years, according to senior administration officials — in addition to the $60 billion price tag for the proposal Obama has already announced to make community college tuition free for two years.

It’s a way for Obama to position himself as a defender of the middle class and a fighter against stagnant wages, as an opening bid in any negotiations with Republicans on revamping the tax code — one of the few areas where GOP leaders say there could be the potential for a deal with Obama during his final two years in office.

Despite all of the signs that the economy is doing better, “the middle class has yet to experience the prosperity shown in the recovery,” a senior administration official said in a conference call with reporters Saturday. Obama’s speech, the official said, will be about “the choices he thinks we need to make to make sure that that extends to the middle class.”

The bottom line, though, is that Obama is betting it will be politically awkward for Republicans to explain why they would resist goodies like a $3,000 per child tax credit — three times the maximum amount that’s available now — especially when prominent Republicans like Sen. Marco Rubio, a potential presidential candidate, have pitched their own ideas for boosting the child tax credit.