"Empire" Creator Wants To "Blow The Lid Off" of Black Homophobia 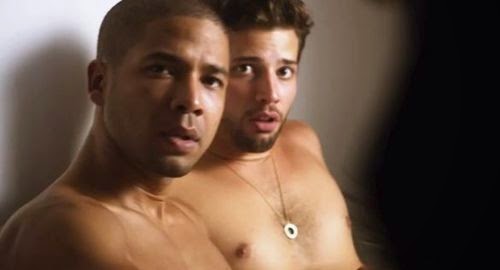 The Hampton Roads region has a sizable black community and that community is among the most homophobic.  Fanning that homophobia are black pastors who act like trained circus dogs for the racists at The Family Foundation, Virginia's largest hate group, who are the successors to the white supremacists and advocates of Massive Resistance of the past.  The result is that black males "on the down low" are plentiful and HIV/AIDS has been transmitted to the larger black community, especially among women who are married to or in relationships with these men on the down low, of DL as they call it.  The situation is at a crisis level.  Even many black men who are "out" to their friends are closeted to their families and some who have come out find rejection because of the religious based poison that is so prevalent.  As The Wrap reports, "Empire" creator, Lee Daniels, wants to blow the lid off of the homophobia and hypocrisy that is so widespread in the black community.  I wish him luck.  Here are article excerpts:

Lee Daniels didn’t mince words during the panel for the freshman Fox drama “Empire” during the Television Critics Association press tour on Saturday, offering his frank thoughts on homophobia in the African American community, which he said is “killing African American women.”

Asked about the unapologetic homophobia displayed by central character Lucious Lyon (portrayed by Terrence Howard), “Empire” co-creator Daniels let loose, explaining that the seeds of Lucious’ homophobia were planted when Daniels was researching his 2009 film “Precious.”

“When I did ‘Precious’ I had to do research on AIDS in the ’80s so I went to the Gay Men’s Health Crisis Center in New York City, and I expected to see gay men, and there were nothing but African American women and babies with HIV. And that blew me away,” Daniels recalled.

Daniels laid the blame squarely on what he referred to as the “rampant” homophobia in the black community — specifically, the phenomenon of men secretly engaging in gay sex because of the stigma.

It is far past time that someone calls out those who are keeping homophobia and ignorance alive in the black community.  Kudos to Daniels.
Posted by Michael-in-Norfolk at Tuesday, January 20, 2015