Quote of the Day: Religious Opinion Deserves No Respect 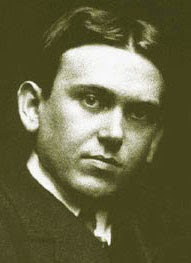 Henry Louis Mencken was an American journalist, essayist, magazine editor, satirist, critic of American life and culture, and scholar of American English.  He was sometimes known as the "Sage of Baltimore", and is regarded as one of the most influential American writers and prose stylists of the first half of the twentieth century.  He is also remembered for his satirical reporting on the Scopes trial, which he dubbed the "Monkey Trial" and he commented widely on the social scene, literature, music, prominent politicians and contemporary movements.  He was no friend to blind faith religion and the idiocy and ignorance it fosters.  With Pope Francis blathering about not criticizing religious belief, these words of Menchen are worth remembering:

One of the most irrational of all the conventions of modern society is the one to the effect that religious opinions should be respected. [ … ] This convention protects them, and so they proceed with their blather unwhipped and almost unmolested, to the great damage of common sense and common decency. That they should have this immunity is an outrage. There is nothing in religious ideas, as a class, to lift them above other ideas. On the contrary, they are always dubious and often quite silly. Nor is there any visible intellectual dignity in theologians. Few of them know anything that is worth knowing, and not many of them are even honest.

Individuals are free to believe what they want, but that does NOT mean that the rest of us are bound to show them respect or accept the ignorance and discord they peddle under the guise of religious dogma.  Ignorance and bigotry need to be called out for what they are and the harm they do in the world.