Why is the So-Called Christian Press Imposing a Blackout on New Sexual Orientation Research? 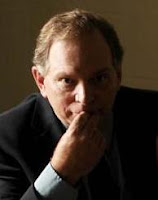 As noted in the prior post, Lisa Miller, a kidnapper under federal arrest warrant, claims to be an "ex-gay" even though all of the legitimate medical and mental health associations are of the position that sexual orientation cannot be changed. Despite many new research studies that collectively support this premise and demonstrate the falsity of the "ex-gay" myth, the so-called Christian press - not to mention virulently anti-gay hate groups - seems to conveniently act as if this research and the newer studies don't exist. The reasons are pretty obvious: this research underscores that many pastors, Christian publishers and the anti-gay hate groups are lying to their flocks/subscribers. They care more about denigrating LGBT individuals and pocketing money made by misrepresentation than they do about telling the objective truth. As I note frequently, virtually no one is more dishonest that the "godly Christian" crowd. It seems that in their minds, the truth is whatever is convenient to their anti-gay agenda and will put money in their pockets. They make the money lenders described in the Gospels look like highly ethical and upstanding folks. Warren Throckmorton (pictured above) looks at this phenomenon and the amazement from some among the sheeple who are finding out that they've been deliberately misled. Here are some highlights:

Of late, I have given several talks to a variety of evangelical groups on the current research on sexual orientation. Along the way, I have been contacted by evangelicals who ask about the current status of sexual orientation research. After the conversations and speeches, many questions come up. One question I hear after almost all of these conversations is: Why haven’t we seen anything about these studies?

Many of the questioners read evangelical publications and consume evangelical media. However, they don’t know anything about the brain research of Ivanka Savic in Sweden (2005, 2008) or Adam Safron and colleagues at Northwestern University (since 2005).

They know there is no gay gene but they don’t know about the significant brain, perceptual and cognitive differences reported within the past five years by various researchers around the world.

Many evangelicals believe homosexuality is due to abuse. . . . . they are unaware of the 2010 study by Wilson and Widom’s study which found no relationship between abuse and having a gay partner for men or women (men were more likely to have had at least gay experience in their adult lives but not a recent partner). They are unaware of the 2010 work of Wells in New Zealand that found 81.6% of gays reported no sexual abuse in their lives.

Many evangelicals I speak to think that change of orientation is pretty common and the evidence is being suppressed by the gay-friendly media. . . . When I explain to them what change means in the context of the study, they are surprised. Then I point out the study, also by Mark Yarhouse, that found no change in orientation for men and women in mixed orientation marriages, they wonder why that study was not reported in the media. I wonder the same thing.

I could be wrong but I don’t think any of the studies to which I have referred here have been reported in the Christian press. The Jones and Yarhouse study was reported widely, but the Yarhouse study showing no change among sexual minorities in mixed orientation couples – which is more recent – was not reported anywhere.

Many evangelicals get their information from NARTH through groups like Family Research Council, Focus on the Family, Exodus International, etc. Others get information from Christian media. However, these studies are not reported in these places.

I suspect the culture war is to blame. It cannot be because sexual orientation is not news. The issue comes up in the Presidential campaigns and other news all the time. However, evangelicals are quite unprepared to discuss this very current topic with the most recent and best scholarship.

In my view, Christian media and organizations have a responsibility to provide this information to their readers and consumers. Given the backlog of unreported studies, there is plenty of material for their reporting.

If I were Warren, I would not hold my breath waiting for this information to be reported. Candidly, the anti-gay organizations have no desire in reporting the truth. They will lie, distort information, and continue a news blackout on anything that gets in the way of their agenda. Truth and accuracy in reporting are mutually exclusive from the Christian press.
Posted by Michael-in-Norfolk at Wednesday, December 07, 2011