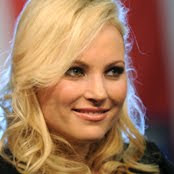 The GOP presidential nominee contest continues to provide entertainment even as it at times is horrifying to see just how low the Republican Party has descended into ignorance and bigotry. I'd be lying if I did not admit that I don't hope to see the GOP tear itself apart. In my view, it is the only way in which ultimately decent, rational folks can regain control from the Christianist/Tea Party base that is dragging the party downward. Inexplicable, Newt Gingrich is rising to front runner status, but many see this as disastrous if the party hopes to block Barack Obama from a second term. One Gingrich critic who represents what could in time be the new face of the GOP is Megan McCain, daughter of John McCain. In a column in The Daily Beast she lays out why Gingrich - should he be the GOP nominee - cannot beat Barack Obama. Her reasoning is on target. Here are some highlights:

[D]o you know one of the few things that can make me a cynic? Politicians with a history of ethically questionable behavior who miraculously reinvent themselves as the second coming of Ronald Reagan. Politicians with a history of corruption who think people who question their history “don’t have a clue” about America and what is right for our country. I am, of course, referring to Newt Gingrich.

Gingrich is the new flavor of the month, the current frontrunner for the Republican presidential nomination. He has seen such a dramatic surge in the polls, I’m actually scared. The idea of Gingrich becoming our nominee makes my stomach turn. What exactly are we doing as a party?

The primary process exists for voters to discover which candidate can best represent the party in the general election. So far, I have not heard one argument for how Gingrich could beat President Obama next year. Gingrich is a smart man and a talented politician. But he’s also a Washington insider, who served this country for 40 years with a track record of being a questionable character.

Democrats would love nothing more than for us to nominate Gingrich because all they will have to do is delve into his past for easy ammunition. If we nominate Gingrich, we lose to President Obama. In these tumultuous times, we need a leader who is stable and consistent. Gingrich is neither.

What Republicans need right now is a statesman and a real leader who will inspire America, not someone who reminds them of all the things they hate about Washington. The possible nomination of Gingrich makes it difficult for even a person like me to continue to be an optimist when it comes to politics and the future of the Republican Party. I don’t know what kind of choice I am being given if this election ends up between Gingrich and President Obama, because from my perspective, that is no choice.

The real question that looms is, why do Republicans continue to resist Mitt Romney? He is by no means a perfect candidate or politician (as much as we want our politicians to be infallible, they never are), but he is light-years less controversial than Gingrich.

I just hope the voters in Iowa, New Hampshire, South Carolina, and Florida wake up in time to realize this before it’s too late and we forfeit the election to President Obama and the Democrats.

Posted by Michael-in-Norfolk at Friday, December 09, 2011