I happened upon a piece in Discovery Magazine that I wrote about roughly 3+ years ago. Given what has happened to the GOP with its takeover by the Christianists and the idiocy of many of the would be GOP presidntial nominees, it seem worthy referencing yet again. The graphs are quite informative: 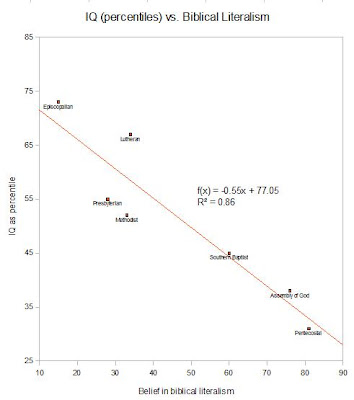 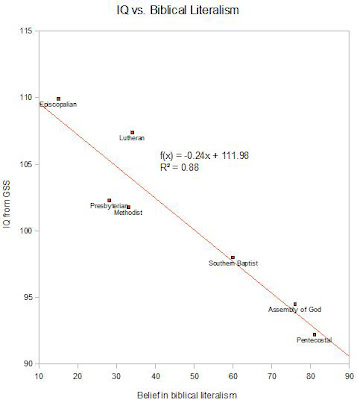 The author of the piece had the following to say:

The IQ scores are from the General Social Survey as reported by The Inductivist. I already knew that this sort of correlation existed, it’s pretty unsurprising as I noted. The same pattern shows up if you use post-graduate eduation as the dependent variable. And I spot checked SAT scores by denomination, and again the association shows up. All that being said, the title was obviously tongue-in-cheek.

Posted by Michael-in-Norfolk at Thursday, December 08, 2011