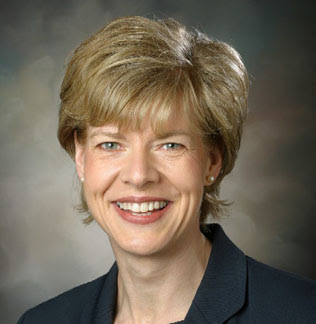 A few weeks ago I was seriously leaning towards staying home on election day next week. My disgust with the Liar-in-Chief and Congressional Democrats is off the charts and, candidly, I have come to see Barack Obama as nothing more than a pathological liar when it comes to LGBT issues. The man will say anything to manipulate and fool LGBT Americans. Meanwhile he means none of it. That said, as more and more information comes out about many of the GOP candidates' extremism - Lou Sheldon/TVC endorsed Scott Rigell is a local example - I have changed my mind. It is critical that ALL of get out and vote AGAINST the gay haters and Tea Party lunatics. That's right, we need to vote not so much FOR the Democrats, but rather AGAINST those who are part of an agenda of hate, division, racism, homophobia and intolerance of others in general. As the Washington Blade is reporting, Reps. Barney Frank (D-Mass.), Tammy Baldwin (D-Wis.) and Jared Polis (D-Colo.) have authored a letter to the LGBT community urging us to vote even while acknowledging the betrayals that we as LGBT Americans have experienced. Here are some story highlights:
*
The three openly gay members of Congress on Wednesday made public a letter emphasizing that “elections matter” as they urged LGBT people to go the polls.
*
In the letter, Reps. Barney Frank (D-Mass.), Tammy Baldwin (D-Wis.) and Jared Polis (D-Colo.) acknowledge the many LGBT people are frustrated with the lack of progress in Congress, but maintain that “an apathetic stance during such a critical time is fruitless.”
*
“We need not look too far into the past to see how inaction and complacency truly pays us back,” the letter states. ”Under Republican rule, we not only suffered from a lack of victories, but truly devastating setbacks.”
*
The letter recalls the anti-gay initiatives of the Republican Congress under former President George W. Bush, such as an attempt to make an ban on same-sex marriage part of the U.S. Constitution.
*
The fight for equality is far from over. We face obstruction at every turn and it is incumbent upon us to push harder to ensure swift action on the issues that affect us most.
*
Next month, the courageous and steadfast activism of the past year must be met by a vote cast on November 2nd. We ask that you look at your local ballot and scrutinize and measure candidates running for each seat. Which candidates do you see supporting issues that affect our community, which will champion our causes? Whether it is for employment non-discrimination, the repeal of DOMA or Federal Partnership benefits? Which candidates even believe LGBT issues merit space on their campaign website?
*
Elections matter. They matter to our country and to our community. We must go out and vote this November to ensure the forward momentum we have struggled for continues for our benefit and for that of future generations of LGBT individuals.
Posted by Michael-in-Norfolk at Thursday, October 28, 2010

I learned that the lesser of two evils is the necessary course in 1968, having been part of the "children's crusade" against the Vietnam war and Lyndon Johnson. I was too young to vote, so can't be blamed for Nixon, but had I been older...

I'm voting against Obama in the 2012 presidential primary. He's not on the ballot now, and some very, very scary Republicans are.