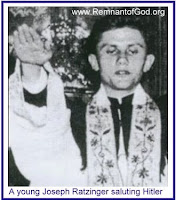 Meanwhile, even as the Catholic Church works to deny civil legal rights to LGBT citizens, a new report out on the Diocese of Dublin, Ireland, reveals that FOUR (4) different archbishops knew of and covered up the sexual abuse of minors within the diocese. As seems to always be the case, they cared more about the Church's power and public image than they did about countless sexually abused minors. It is disgusting and I again wonder what anyone listens to a word these foul, bitter old queens have to say about anything. Rather than being allowed to pontificate, many of the bishops and cardinals of the Church ought to be serving time in prison for their misdeeds and cover ups. The Irish Times reports on the report's findings. Here are some story highlights:
*
THE four Catholic archbishops of Dublin who preceded Dr Diarmuid Martin, were aware of complaints against priests for sexually abusing children — a practice that went on for over 35 years. But the most senior figures in the Irish hierarchy did not report these crimes to the gardai because of an obsessive culture of secrecy and a desire to preserve the power and aura of the Church and to avoid giving scandal to their congregations.
*
The report of the Commission set up to investigate how the Dublin Archdiocese dealt with sex abuse scandals from 1975 to 2004 will find that there was little or no concern for the welfare of the abused children or other children who might come into contact with deviant and even paedophile priests. Some boys who were abused by one priest were later passed on to their friends and abused again. In another case, the notorious sex abuser Fr Sean Fortune, who committed suicide, gave the key of a holiday cottage to another priest who abused a girl there.
*
Some of those who complained were met with denial, arrogance and even cover-up, the shocking report will reveal. The report will say that not one of the four archbishops who presided over the Dublin diocese from the 1960s revealed their knowledge of widespread sexual abuse by the clergy to the gardai until late 1995.
*
In some parts of the world the true extent of the evils done by the Church is coming to be recognized even if too many in the USA refuse to open their eyes to reality. As the God Discussion reports, a recent BBC program, Intelligence Squared, took a poll as to whether or not the Catholic Church was a force for good or a force for evil. The results were damning:
*
Members of the BBC’s audience voted on the subject. Before the debate, 678 voters agreed that the Catholic Church was a force for good. 1102 voters said that it was not a force for good. 346 voters didn’t know. After the debate, 268 voted that the Church was a force for good. 1876 felt that it was not a force for good, and 34 did not know.
*
In other words, after hearing the speakers, the number of people in the audience who did not agree with the notion that the Catholic Church is a force for good increased by 774.
Posted by Michael-in-Norfolk at Monday, November 23, 2009