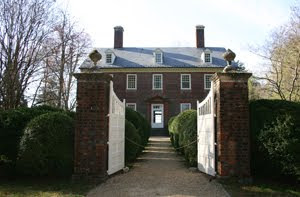 After a rainy week, we finally have sunshine and today bodes to be a nice day weather wise. The boyfriend and I will have dinner at the home of his niece and her husband along with a gathering of other family members. Most of my family will gather at my sister's home in Charlottesville, while my daughters will also be in Charlottesville at the home of one of my former sisters-in-law. I will do my best to not dwell on my two older children's abandonment of me. Fortunately, the boyfriend's family is very accepting of me, including his remarkable father, a retired Baptist minister who greeted me with "welcome to the family" the first time we meet each other.*
*
I hope all readers celebrating the holiday today will have a wonderful day with family and/or friends. I know several gay friends having events at their homes for those in the LGBT community who have been rejected by their families and who have nowhere to go for the holiday dinner. Ironically, its often the gays who act more Christian to others than the self-proclaimed "godly Christians."
*
The photo above is of Berkeley Plantation west of Williamsburg, site of the actual first Thanksgiving before the claim was usurped by the Pilgrims: Historians have also recorded other ceremonies of thanks among European settlers in North America, including British colonists in Berkeley Plantation, Virginia. At this site near the Charles River in December of 1619, a group of British settlers led by Captain John Woodlief knelt in prayer and pledged "Thanksgiving" to God for their healthy arrival after a long voyage across the Atlantic. This event has been acknowledged by some scholars and writers as the official first Thanksgiving among European settlers on record.
Posted by Michael-in-Norfolk at Thursday, November 26, 2009