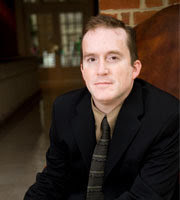 Two of the key elements utilized by Christianist enemies of gay equality are the myths that (1) sexual orientation is a "lifestyle" choice as opposed to an immutable aspects of GLBT individuals and (2) gays can "change" their sexual orientation and become heterosexual if they but want to. These myths bolster the efforts to spread the lie to the general populace that gays will recruit children to the "lifestyle" as was just seen in Maine with the repeal of same sex marriage. The Christianists also use these myths to argue to politicians that since being gay is a "choice," there is no need to grant GLBT citizen "special rights" and legal protections. There are numerous Christianist organizations that promote these myths such as Exodus International, Focus on the Family, and a host of others - often making lots of money preying upon religiously conflicted gays and their families in the process. Legitimate medical and mental health associations condemn these myths and just this past August, 2009, the American Psychological Association ("APA") formally condemned the practice of so-called "reparative therapy"to cure gays as basically unethical because there is no legitimate evidence that it works.
*
But the APAaction doesn't stop the Christianists who still have their "experts" who seek to support the change myth. One such "expert" is Mark Yarhouse, a professor at Pat Robertson's nearby Regent University (pictured above). In anticipation of the likely APA action condemning reparative therapy, Yarhouse and his frequent partner in anti-gay propaganda, Stanton Jones, released a book that once again claimed that reparative therapy works. Timothy Kincaid at Box Turtle Bulletin did one of a number of stories on the APA action and an expose on the Yarhouse-Jones propaganda piece. Here are some highlights (Ex-Gay Watch has also covered the issue):
*
This week the American Psychological Association released a report that said that while religion and its value in a patient’s life should be considered and respected, therapists should not encourage clients to seek a change in sexual orientation and that there was no evidence to suggest that such efforts are successful. This did not sit well with those organizations who build their existence on convincing their public that gay persons can “change” and that because such change is possible then public policy can be punitive to gay persons that do not submit themselves to such a change.
*
So it was with great joy that those opposed to equality received news of evidence of change. The Baptist Press is crowing. Just “four days after an American Psychological Association task force released a 130-page report that said “gay-to-straight” therapies are unlikely to work”, they are trumpeting some amazing results of a study on Exodus International and their ex-gay ministries. In findings that directly contradict mainstream academic thought, 53 percent of subjects in a new seven-year study reported successfully leaving homosexuality and living happily as heterosexual or celibate persons.
*
These “latest findings” are actually an update of the multi-year study of participants in Exodus ministries presented by Stanton Jones and Mark Yarhouse in their 2007 book, Ex-Gays? A Longitudinal Study of Religiously Mediated Change in Sexual Orientation. The authors were not pleased that the study which they proclaimed throughout Christian media as an evidence of change in sexual orientation did not convince the APA.
*
When the Jones and Yarhouse book, was released in 2007, we hosted an exchange between Jim Burroway, BTB’s editor, and Stanton Jones. My synopsis of the results, as published in the book, was: the Jones and Yarhouse study revealed little to no statistically measurable change in orientation in the prospective sample. The much touted “successes” were either in recollection (which again were quite small) or were those who had decided to no longer call themselves “gay”. However, they still identified their orientation as homosexual (”I’m not gay but my attractions are”).
*
In short, the Jones and Yarhouse study was funded and fully supported by Exodus and conducted by two researchers who were avid supporters of ex-gay ministries. They wanted to study 300 participants, but after more than a year, they could only find 57 willing to participate. They then changed the rules for acceptance in order to increase the total to 98. After following this sample for 4 years, 25 dropped out. Of the remainder, only 11 reported “satisfactory, if not uncomplicated, heterosexual adjustment.” Another 17 decided that a lifetime of celibacy was good enough.
*
What the 2007 Jones and Yarhouse book revealed, and what this update further confirms, is that the “change” which NARTH and Exodus loudly proclaim is not a change in sexual orientation at all . . .
*
A number of reviewers as well as the APA have rejected the Yarhouse and Jones "research." Yet sadly, Yarhouse and other Christianists continue to market the false change myth to church organizations and the uninformed who fall for the storyline without knowing the long history that Yarhouse and his allies at Exodus and other "ex-gay" ministries have in working to block gay equality. Because of Yarhouse and those like him, the pernicious choice myth and change myth continue to be used against GLBT citizens and politicans like Virginia's Governor elect Bob McDonnell are urged to vote against gay equality. Yarhouse is no friend to the GLBT community as his years of anti-gay writings and "research" confirms.
Posted by Michael-in-Norfolk at Saturday, November 07, 2009