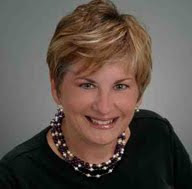 This Saturday night is the 2009 Legends Gala to be held at the Waterside Marriott in Downtown Norfolk. The event is a fundraiser for Equality Virginia - Virginia's only statewide LGBT organization - and the event promises to be a good time as always. This is the fourth year that I have been on the event committee - I co-chaired it last year - and have found my involvement to be wonderful, even if demanding at times. I have made a number of wonderful friends and the involvement has helped me rebuild the social circle that I loss when I came out and became a social untouchable with many in my former circle of acquaintances. I strongly recommend that those coming out in mid-life get involved with LGBT related organizations to help ease the transition to a new life. But I digress.
*
Each year the Legends Gala honors a local resident who has gone above and beyond for the cause of equality under the civil laws in Virginia and to the surprise of many, three of the four honorees have been straight, which underscores the importance of our straight allies. This year's honoree is Cindy Cutler (pictured above), one of the co-founders of HRBOR with me. Cindy is absolutely amazing, gives countless hours to all types of charities and has become a very dear friend to me (as has her husband). She truly deserves this honor. Portfolio Weekly Online has a spotlight piece on her and why she as a straight person became involved in LGBT equality activism Here are some highlights:
*
Speaking up and speaking out has been Cynthia Cutler’s mission to fight on behalf of the lesbian, gay, bisexual and transgender (LGBT) community in Hampton Roads. This weekend, Equality Virginia, a statewide, non-partisan, education, outreach and advocacy organization for the LGBT community, will be honoring Cutler at its 4th Annual Legends Gala on November 7 at Norfolk’s Marriott Waterside. . . She has worked tirelessly and effortlessly for more than 10 years to encourage people to speak out against homophobic attitudes. She tirelessly takes on leadership roles to facilitate this change without regard to any negative implications her affiliation with LGBT organizations may bring personally.
*
In an interview with PFW, Cutler discusses the importance of defending the LGBT community and voicing your concerns over the injustices that they face every day.
*
PFW: How did you become involved with fighting on behalf of the LGBT community?
*
Cutler: I’ve been involved with the LGBT community for over a decade. I started working with the Full Circle AIDS Hospice. I then later started working with Equality Virginia for the last four years and I’m also of one of the founding board members of Hampton Roads Business Outreach as known as HRBOR Hampton Roads. It’s an LGBT Chamber of Commerce for gay and straight allies.
*
PFW: Why do you call yourself a “straight ally” for the LGBT community?
*
Cutler: I’m hoping that by speaking out and starting conversations with people, it can affect some small change. It’s important that we recognize the LGBT community. They are apart of out lives and its inevitable that we will encounter this community. Having been open as a straight ally, I know that it has started conversations among my peers. I will say honestly that is still an awkward conversation for a lot of people to talk about. . . Coretta Scott King once said that homophobia is like racism and it seeks to dehumanize a large group of people and denying them their humanity, dignity and personhood.
*
PFW: I understand that you’re one of the founding members of the Hampton Roads Business Outreach as known as HRBOR Hampton Roads:
*
Cutler: I was a founding member and sat on the board of directors. I’m no longer on the board. I was instrumental in starting a monthly networking event called HRBOR third Thursdays. I’m still involved in the monthly networking planning committee for this organization. HRBOR gives the community a chance to be supportive of the LGBT community. It’s very empowering. People who haven’t come out to their friends and family can get support and feel safe with this organization. Another reason we started this organization was to let the business community know that gays and lesbians are very powerful consumers.
*
PFW: Honestly, whose business is it if someone wants to love someone of the same sex?
*
Cutler: It should be a fundamental right. They love like we do and they are in committed relationships like we are. I have friends who have been in committed relationships much longer than most married couples. Yet they don’t have the same rights in regards to custody and medical agreements with their gay partners like married couples. Everything is jeopardized when you are not able to make that legal commitment of marriage.
*
The Legends Gala will be held on November 7, 2009, at Norfolk Marriott Waterside. Some tickets remain available for $135 and I hope local readers who have not yet bought tickets will do so. I'd love to meet you at the Gala. Tickets can be purchased online at www.EqualityVirginia.org.
Posted by Michael-in-Norfolk at Monday, November 02, 2009