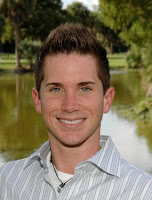 In what is largely a bleak night for moderates and liberals, at this point we know of one bright light: the effort in Kalamazoo, Michigan, to repeal a Human Rights ordinance that would strip GLBT citizens of non-discrimination protections has been defeated. Not only is the result the right result under civil equality, but it also makes business sense in a state that is reeling economically. Localities cannot afford to offend anyone or appear to be unwelcoming to talent be the talent gay or straight. Sadly, voters in Virginia are too stupid and/or controlled by their often closeted clergy to figure out that bigotry and a strong economy do NOT go hand in hand. Here are some highlights from my friend and fellow activist (we met first at the LGBT Blogger Summit last December in Washington, D.C.) Waymon Hudson's post at the Bileric Project. Here are highlights:
*
Kalamazoo residents approve nondiscrimination ordinance. "Our campaign started with a very basic idea, and today voters confirmed that we are One Kalamazoo," said Campaign Manager, Jon Hoadley. With only absentee ballots outstanding, 65 percent of Kalamazoo voters have approved Ordinance 1856 by a vote of 6,463 to 3,527, adding protections for gay and transgender people to the city's nondiscrimination ordinance. This margin is larger than the number of outstanding absentee ballots that are currently being counted.
*
The Yes on 1856/ One Kalamazoo campaign in support of the nondiscrimination ordinance involved hundreds of local volunteers and contributors, and had the endorsement of over 30 local religious, social, business, and political organization. The campaign would like to thank the Kalamazoo community for asserting their belief in the inherent equality of all Kalamazoo residents, and the countless volunteers for their hard work and dedication in recent months - and in some case, years - to ensure the passage of the ordinance.
*
I sincerely believe that over times areas that embrace anti-gay bigotry - think Alabama and Mississippi - will become increasingly stagnant backwaters economically and areas that embrace diversity will flourish. The result will ultimately be that bigots will be forced to chose between their bigotry anf prejudices and economic progress.
Posted by Michael-in-Norfolk at Tuesday, November 03, 2009