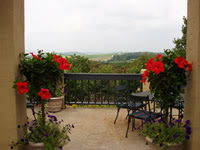 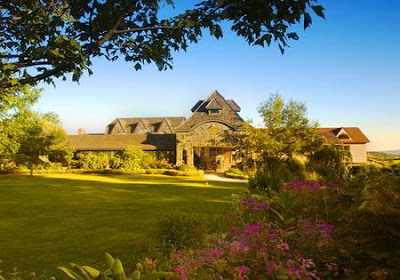 First, I want to assure all of you - Lyndon, in particular - that my comment "there really is no point in going on" in a post yesterday does not and was not intended to intimate that I thinking about "doing yourself in." True, I was very down when I wrote that post, but as usual I rallied in time. I tried that route once, and do not recommend it, especially the liquid charcoal. Moreover, the fact is that I have lost three friends to suicide- two (brothers in fact) came back from the Vietnam War changed and disturbed and never were right again. They finally killed themselves by shooting themselves in the head - first the older who was incredibly handsome and crush material, then his younger brother. The other friend was gay and could not come to terms with his religion (conservative Protestant) and family (Old South) vs. his sexual orientation. He killed himself with carbon monoxide sitting in his car in his garage. In addition, my first real b/f's identical twin brother hanged himself - while my b/f never specifically said why, from what he did say I believe it was because he was gay and could not deal with it. Such a terrible waste of smart, nice, talented guys.
WINE FESTIVAL: On a more cheerful note, the weather is gorgeous today and I and the roommates are going to the 20th Annual Virginia Wine Festival being held on the Norfolk waterfront. Two of my favorite Virginia wineries will be there: Barboursville Vineyard, which is near Charlottesville - in fact about 8 miles from my brother's home - which is owned by the Zonin family from Italy. Besides great wines, Barboursville is interesting because it takes its name from the Barbour family mansion, the ruins of which are still standing (a photo is set out above). The mansion is unique in that it required some 8 years to construct (beginning in 1814, a year of war with Britain) and assessed at the death of its creator, James Barbour, as the most valuable residence in a county including James Madison’s Montpelier and Philip Barbour’s Frascati, this second-generation estate house at Barboursville plantation was designed by Thomas Jefferson, one of only 3 residences he designed for his friends. The Barbour family continued to occupy this residence until it was destroyed by accidental fire at Christmas, 1884, and returned to the elegant Georgian villa next door for several generations, now The 1804 Inn. The vineyard also has a wonderful restaurant. More details about the vineyard and other amenities are here: http://barboursvillewine.net/b/content/view/30/76/
Barboursville wines were chosen exclusively for the May 3, 2007, reception for Queen Elizabeth II, during her week-long visit to commemorate the founding of her namesake’s Jamestown colony, and to address the House of Delegates in Richmond in the Capitol designed by Thomas Jefferson.
My other favorite is Chateau Morrisette, located off of the Blue Ridge Parkway west of Martinsville, Virginia (See: http://www.thedogs.com/) The restaurant at Chateau Morrisette is gorgeous and the food wonderful. It is an island of utter elegance in an area otherwise much more on the redneck side. Photos are also set out above. Martinsville is about 30 miles to the east and hosts NASCAR races. The town has no nice restaurants, with Applebee's being the "best restaurant in town" unless one makes the journey to Chateau Morrisette. It would seem to be an area prime for another nice restaurant. The downside would, of course be that one would have to live there. (Now, that WOULD make you want to consider doing yourself in).
AFTERNOON INTERVIEW: Later in the afternoon, I will be meeting with Wayne Besen to do a filmed interview for a documentary he is doing on ex-gay frauds. It should be interesting and I recommend readers check out the website for his book, "Anything But Straight": http://www.anythingbutstraight.com/ The photo on the cover of the book is former ex-gay and Focus on the Family spokesman, John Paulk (who appeared on the cover of Newsweek a number of back) running away from Wayne and his camera after Paulk was caught cruising guys in a gay bar in Washington, D.C.
Posted by Michael-in-Norfolk at Saturday, October 20, 2007

I saw an interview with Wayne Besen once. Really great guy with important stuff to say.
Looking at the photos of the Barboursville Vineyard... wow! You are really selling Virginia, specifically Charlottesville to me. For about a week now I have had a strong urge to just take off, drive up to Charlottesville to experience it in person. I think if my truck were in good enough shape I'd be there today.
Have fun!

This time of year is the most beautiful in Charlottesville, although spring is gorgeous too. October weather is wonderful - warm days and cool nights and color in the leaves.

I am biased having been in Charlottesville studying for both my undergraduate and law degrees. But it is unique. A liberal island in many ways in a sea of conservatism, although Albemarle County which surrounds it actually voted for Kerry in 2004 (as did all of the larger and/or urban cities in Virginia except for Virginia Beach and Chesapeake)

The University (UVA grads always just say "The" University) also ensures that there are many cultural and artistic events to attend. The countryside is beautiful - the Montpelier Cup Races started by Marion Dupont Scott are a great fall event as are the Fox Field Races.

I took my truck over to the shop this evening. I suspect it needs some transmission work and the front wheel bearings need to be repacked, greased, or whatever it is that "they" do to bearings. Don't know how much all this will cost, or how long it'll take, but maybe, just maybe, I'll be able to take it up to Charlottesville before Thanksgiving.