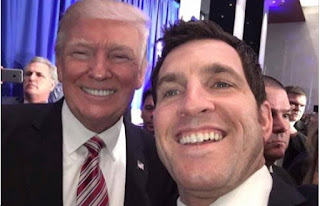 Scott Taylor's campaign's sleazy - and illegal - effort to place Shaun Brown on the November ballot as an independent candidate for Virginia's 2nd Congressional District seems to be blowing up in Taylor's face in the wake of media coverage of the forged signatures and irregularities in how signatures were gathered to place Brown on the ballot.  Yes, there are many other reasons to oppose Taylor, not the least being his lock step voting with Donald Trump and the GOP vulture capitalist and tax cuts for the wealthy agenda. But the entire Brown affair reveals just how morally bankrupt - and incredibly arrogant - Taylor is in reality. As for some in the LGBT community who support Taylor for his supposed support for the LGBT community - frankly, I suspect their support is more motivated by political aspirations of their own - the truth is that the pro-LGBT legislation Taylor sponsored in Congress had no chance in Hell of passage (a fact known to Taylor) and, therefore, was little more than a ploy to dupe members of the LGBT community into shortsightedly supporting him.   A piece in Roll Call looks at Taylor's much deserved sinking prospects.  Here are highlights:


Democrat Elaine Luria led Rep. Scott Taylor by 8 points in Virginia’s 2nd District amid lingering questions about the Republican lawmaker’s role in a ballot signature scandal, according to an internal poll released by Luria’s campaign Tuesday.

The survey, conducted by Garin-Hart-Yang Research Group, gave the Navy veteran a 51 percent to 43 percent lead over Taylor. A June survey by the same firm showed her trailing by 4 points, the campaign said.

“While voters in the district have been bombarded by coverage of the election fraud scandal surrounding Congressman Scott Taylor, we have remained focused on sharing Luria’s record of service to her country and community,” Luria campaign manager Kathryn Sorenson said.  “This is a swing district, and we are going to fight for every vote between now and Election Day.”

A special prosecutor is investigating four of Taylor’s campaign staffers for allegedly forging dozens of signatures on Brown’s behalf.

The Democratic Party of Virginia, which filed the original lawsuit in August to kick Brown off the ballot, has accused Taylor of helping Brown, his 2016 Democratic opponent, in a backdoor maneuver to split the Democratic vote.  Taylor has denied those claims.