A Lesson from the Huge Win for LGBT Rights in India 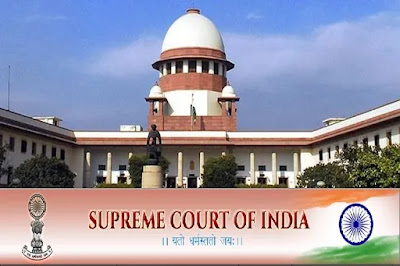 As Donald Trump and his Vichy Republican enablers seek to pack the U.S. Supreme Court with right wing ideologues who will gran special rights to Christofascists, roll back the rights of women and minorities, the recent ruling in India by that nation's highest court striking down an anti-gay law date back to British colonial rule underscores the need for a balanced Supreme that will protect the rights of all citizens, not just large corporations - which are ridiculously now afforded the rights of living, breathing people - wealthy whites and right wing Christians.  Over the last 60+ years, the judiciary has lead the way in making America a more equal country under the law.  Trump and his Vichy Republicans seek to sweep all of that progress away.  An editorial in the New York Times looks at India's court ruling and by implication the urgency of retaining the Supreme Court as a non-partisan, independent branch of government.  Here are highlights:

There are many reasons to find fault with modern India. The grinding poverty. The crippling caste system. A culture in which sexual attacks against women often go unpunished. The rise of Hindu extremists obsessed with demonizing Muslims. A political system that often fails to address these challenges.

So the recent groundbreaking, unanimous decision of the country’s top court to overturn a colonial-era ban on consensual gay sex was a welcome affirmation of human dignity.

It was also proof of the power of the judiciary in a democracy — in this case, the world’s most populous democracy — to right wrongs that have long penalized, even terrorized, the most vulnerable members of society, wrongs that politicians would rather ignore.

The 495-page judgment, handed down by the Indian Supreme Court this month, decriminalized gay sex, which had been barred under an 1860 law imposed by the British when they ruled India that banned “carnal intercourse against the order of nature.”The law, under which thousands of people were prosecuted and could be imprisoned for up to 10 years, was “irrational, indefensible and manifestly arbitrary,” Chief Justice Dipak Misra wrote. (It remains illegal to have sex with animals or children.)

Significantly, though, the court went beyond the specific question of gay sex by emphasizing the broader concept of the humanity of L.G.B.T. people and the Indian Constitution’s responsibility to protect individual rights and dignity. The court even apologized for Indian society’s past mistreatment of gay people.

Such an outcome was not foreordained in India, a socially conservative nation of 1.3 billion people where the law has often been used for intimidation and where the government, a broadly right-wing Hindu national coalition, is not known for defending minority rights.

They highlighted those who suffered under the law by enlisting as co-petitioners in the suit more than two dozen gay, lesbian, bisexual and transgender people who risked arrest simply for publicly identifying themselves as L.G.B.T.

“This is a plea by 6 to 8 percent of the Indian population to be regarded as full citizens and not unconvicted felons,” Ms. Guruswamy told the court. “This is love that must be constitutionally recognized and not just sexual acts,” she added.

Given India’s democratic tradition and importance as a rising regional power, the court’s enlightened decision is already inspiring similar legal challenges in more than a half-dozen countries, including Kenya and Singapore.
One troubling sign was the silence of top politicians, especially Prime Minister Narendra Modi, even as the Indian news media, including several conservative outlets, lauded the ruling. Mr. Modi’s government has indicated that while it will support the decision, it will oppose a further expansion of gay rights.

Good luck with that.

Given the court’s sweeping and principled assertion that fundamental rights apply to all Indians, regardless of sexual orientation, activists have made clear their intention to push for the other rights they are denied, including to marry, adopt children, be protected from hate speech and inherit their partner’s wealth.

As Ms. Guruswamy told an interviewer at The Caravan magazine: “But you create constitutional principle. And then you build on it.”

India’s Supreme Court laid that foundation, and has offered renewed hope in the power of democratic institutions to ensure that all people enjoy equal protection under the law.


Here in America, Republicans want a Supreme Court which will guaranty that only some will enjoy equal protection under the law.  Be very afraid.
Posted by Michael-in-Norfolk at Friday, September 21, 2018

Correct. People REALLY need to get to vote this time. And be vocal about their displeasure with Kavanaugh. Cheeto and his Republican cronies are destroying any trace of progress they found after eight years of Obama. The only way to stop them is not repeating what happened during elections last year.

BTW I LOL'd at Christofascists. Perfect. Gonna use it.