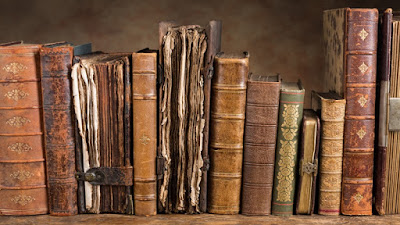 As I have noted numerous times, I was a history major in college and believe that in order to have an informed population, far more Americans desperately need to know more history.  If more Americans were knowledgeable of American history, for example, they's know that America was not founded as a "Christian nation." Likewise, they'd better understand the futility of many of America's recent wars that have been waged with almost zero knowledge of the history of Indochina in the case of the Vietnam War disaster and most recently in the seemingly endless disasters in the Middle East.  They would also recognize the danger posed by Neo-fascists like Donald Trump and his hate and bigotry motivated followers.    An op-ed in the Los Angeles Times looks at why we need more history majors to counter the dangers we face due to Americans' ignorance of accurate history.  Here are highlights:

Since the beginning of the Great Recession in 2007, the history major has lost significant market share in academia, declining from 2.2% of all undergraduate degrees to 1.7%. The graduating class of 2014, the most recent for which there are national data, included 9% fewer history majors than the previous year’s cohort, compounding a 2.8% decrease the year before that. The drop is most pronounced at large research universities and prestigious liberal arts colleges.

This is unfortunate — not just for those colleges, but for our economy and polity.

Conventional wisdom offers its usual facile answers for these trends: Students (sometimes pressured by parents paying the tuition) choose fields more likely to yield high-paying employment right after graduation — something “useful,” like business (19% of diplomas), or technology-oriented. History looks like a bad bet.

Politicians both draw on those simplicities and perpetuate them . . . . . Governors oppose public spending on “useless” college majors. History, like its humanistic brethren, might prepare our young people to be citizens, but it supposedly does not prepare workers — at least not well paid ones.

Over the long run, however, graduates in history and other humanities disciplines do well financially. Rubio would be surprised to learn that after 15 years, those philosophy majors have more lucrative careers than college graduates with business degrees. History majors’ mid-career salaries are on par with those holding business bachelor's degrees. Notably these salary findings exclude those who went on to attain a law or other graduate degree.

The utility of disciplines that prepare critical thinkers escapes personnel offices, pundits and  politicians (some of whom perhaps would prefer that colleges graduate more followers and fewer leaders). But it shouldn’t. Labor markets in the United States and other countries are unstable and unpredictable. In this environment — especially given the expectation of career changes — the most useful degrees are those that can open multiple doors, and those that prepare one to learn rather than do some specific thing.

History students, in particular, sift through substantial amounts of information, organize it, and make sense of it. In the process they learn how to infer what drives and motivates human behavior from elections to social movements to board rooms.

Employers interested in recruiting future managers should understand (and many do) that historical thinking prepares one for leadership because history is about change — envisioning it, planning for it, making it last. In an election season we are reminded regularly that success often goes to whoever can articulate the most compelling narrative. History majors learn to do that.

Everything has a history. To think historically is to recognize that all problems, all situations, all institutions exist in contexts that must be understood before informed decisions can be made. No entity — corporate, government, nonprofit — can afford not to have a historian at the table. We need more history majors, not fewer.