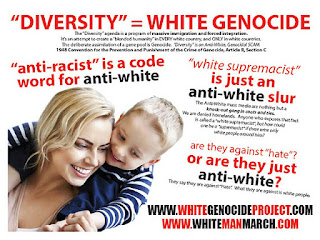 Much of the insanity of the current presidential campaign contest on both sides of the political aisle stems from white American's facing up to the changing demographics sweeping the country and the horrific betrayal of the middle class by an economic system increasingly stacked in favor of the 1% that has sucked up all of the increased wealth over the last few decades.  On the Republican side, the candidates are cynically - as has become the GOP norm - using racism, nativism, and right wing Christian religious extremism to dupe angry Americans into supporting policies that will only make wealth disparities worse, not better.  On the Democrat side, the battle between Hillary Clinton and Bernie Sanders is about how to right the wrongs done to the middle class, rebuild the nation's infrastructure, and end the scandal of America's still inadequate health care system.  A piece in the New York Times looks at this internal debate and conflict.  Here are excerpts:

[F]ormer President Bill Clinton . . . . attributed much of the anger that’s present in the electorate to anxiety over a changing demographic profile of the country, but then said: We are going to share the future. The only question is: What will be the terms of the sharing?


This idea of negotiating the terms of sharing the future is an expansive one, on both ends of the ideological spectrum, but it also seems to me to be an internal debate white America is having with itself.
Much of the energy on both the left and the right this cycle is coming from white Americans who are rejecting the direction of America and its institutions. There is a profound disappointment. On one hand, it’s about fear of dislocation of supremacy, and the surrendering of power and the security it provides. On the other hand, it’s about disillusionment that the game is rigged and the turf is tilted. It is about defining who created this country’s bounty and who has most benefited from it.

White America is wrestling with itself, torn between two increasingly distant visions and philosophies . . . .


America has a gauzy, romanticized version of its history that is largely fiction. According to that mythology, America rose to greatness by sheer ruggedness, ingenuity and hard work. It ignores or sidelines the tremendous human suffering of African slaves that fueled that financial growth, and the blood spilled and dubious treaties signed with Native Americans that fueled its geographic growth. It ignores that the prosperity of some Americans always hinged on the oppression of other Americans.

Much of America’s past is the story of white people benefiting from a system that white people designed and maintained, which increased their chances of success as it suppressed those same chances in other groups. Those systems persist to this day in some disturbing ways, but the current, vociferous naming and challenging of those systems, the placing of the lamp of truth near the seesaw of privilege and oppression, has provoked a profound sense of discomfort and even anger.

Indeed, the current urgency about inequality as an issue is really about how some white Americans are coming to live an experience that many minorities in this country have long lived — structural inequity has leapt the racial barrier — and that the legacy to which they fully assumed they were heirs is increasingly beyond their grasp.

Inequality has been a feature of the African-American condition in this country since the first black feet touched this ground.

Last month, the MSNBC anchor Chris Hayes tweeted: “This campaign is starting to feel more and more like a long, national nervous breakdown.” For white America, I believe this is true.