Does Marco Rubio Have a Secret Gay Past? 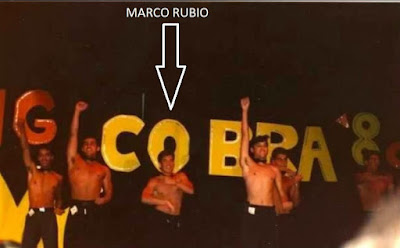 A piece by journalist Wayne Madsen has begun widely circulating on Facebook that looks into Marco Rubio's alleged gay past.  Madsen has a controversial past in the field of journalism and some will likely dismiss the article.  Right wing hit piece or not, the article does raise some questions about Rubio's questionable past associations.  At least some LGBT blogger friends with South Florida ties believe the allegations could be true and will be seeking to verify the claims. From an e-mail exchange, Mr. Madsen has given me permission to quote from his piece which can be found here.   Interestingly, he knew about my involvement with outing former Congressman Ed Schrock.

Given the long list of closeted Republicans who have been outed or arrested for gay sex solicitation (and the recent Grindr catch of a Virginia Republican), Rubio hiding a secret past is not outside the realm of the possible.  If the stories are true, one has to wonder how Rubio expected to keep his past a secret, especially were he to win the GOP nomination.  Also, if the stories are true, it would explain the stridency of Rubio's anti-gay rhetoric.  stridency.  The closet cases always seem to think that being  loudly anti-gay somehow will keep the truth from catching up with them.

Towleroad is also reporting on the piece.  Here are highlights:

The post, by columnist Wayne Madsen published at Public Intelligence Blog, claims that “Marco Rubio was, as a high school and college student, known to be a very extroverted homosexual in both South Beach in Miami, a popular gay area, and at college in Gainesville, Florida.”

The piece contains an alleged photo of Rubio (at top) in 1989 “dancing and singing in a South Miami troupe that combined the Chippendales with The Village People.”

There is one piece of Madsen’s story that is accurate: “In 1989, a year before Rubio was arrested with his friend Angel Barrios and another unidentified male friend in Alice Wainwright Park in south Miami, ostensibly for drinking beer in a car after closing time in a park known as a pickup locale for gays.”

Right-wing conspiracy monger Alex Jones devoted a five-minute segment to the allegations yesterday, while posts on the claims have been heavily upvoted on a Reddit page for Trump supporters.

“I have nothing against gay people, but this is just so far from the truth,” says Barrios, who laughs out loud at the idea of having had a sexual relationship with Rubio. “I have kids, and now they’re reading all this garbage online. It’s insane.”

In any case, it appears that the right has gone full throttle behind-the-scenes on bringing down Rubio as a closeted gay, with more than just cha-cha heels.

I love the statement that having children makes one somehow assuredly straight.  The number of married men in heterosexual marriages on Craigslist or Grindr looking for gay sex is huge. 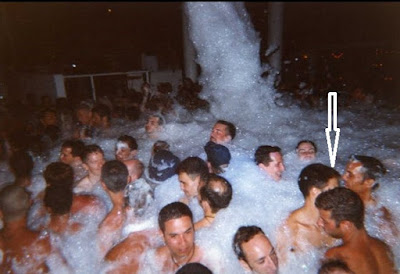