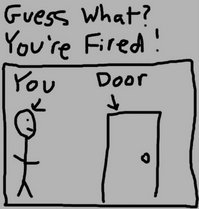 Faced with the refusal of Republican lawmakers to allow passage of any bills that would protect LGBT individuals from discrimination, Justice Department lawyers are moving toward finding that  claims of discrimination based on sexual orientation is a type of sex discrimination banned by the Civil Rights Act of 1964. The trend is welcomed in states like Virginia where household pets have more protections against mistreatment than LGBT Virginians.  However, it could unravel if a Republican wins the White House in November and panders to Christofascist demands that be placed above the laws that bar discrimination.  BuzzFeed looks at this development.  Here are highlights:

On Thursday, the Justice Department took the first step toward backing the view of a federal commission that sexual orientation is a type of sex discrimination barred under existing civil rights law.

In response to a lawsuit filed by a former Federal Aviation Administration employee claiming that he was illegally discriminated against on the basis of his sexual orientation, Justice Department attorneys on Thursday chose to answer his complaint rather than seeking to have it dismissed outright.

In his complaint, filed this past October, David Baldwin alleged that he was discriminated against because of his sexual orientation and that such discrimination was illegal because it is a type of sex discrimination barred by Title VII of the Civil Rights Act of 1964.

Although such claims used to regularly fail, advocates — supported by a growing body of law and the Equal Employment Opportunity Commission — have pressed in recent years for the claims to be revisited and for courts to find that sexual orientation discrimination should be barred as a type of sex discrimination.

“The Justice Department made the correct call by defending this case on the facts rather than making the outdated and conservative legal argument that the Civil Rights Act does not protect gays and lesbians from workplace discrimination,” Tico Almeida, the civil rights attorney who founded Freedom to Work, told BuzzFeed News.

From there, Baldwin chose to file suit against the FAA in October. In December, the parties agreed to an extension through Thursday for the Justice Department to respond to the lawsuit.

The move comes in the midst of a significant and growing effort from advocates, the EEOC, and others to provide federal protections for LGBT people under existing laws, as new legislative efforts have stalled in Congress.

On Wednesday, the 4th Circuit Court of Appeals in Richmond, Virginia, heard arguments over the issue of transgender coverage in the context of Title IX’s education protections. The Justice Department backed the transgender student, Gavin Grimm, who is suing his school district for alleged sex discrimination.