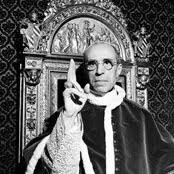 If only this anti-semitic, homophobic, malechauvinist institutuion had been held responsible for its complicity in the Jewish (and Croatian) holocaust(s), maybe it would think twice before continuing its efforts to shower contempt on gays and women who don't submit to its male chauvinists.
See my
JesusWouldBeFurious.Org/RCscandal.