Marriage Equality to be Recognized in Dutch Caribbean Islands 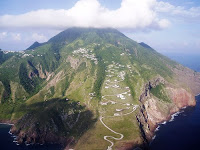 With many of the islands in the Caribbean being less than gay friendly - Jamaica takes the top prize in this regard - the islands under Dutch control will be an exception and will even be recognizing same sex marriages. LGBT individuals and couples planning a trip may want to focus their travel dollars at friendly destinations such as these islands as opposed to destinations were homosexuality is illegal or where legalized homophobia is allowed to otherwise exist. Put simply, while support areas/countries that do not afford us equality. Here are some highlights from the Philipsburg Daily Herald on the issue:
*
THE HAGUE--Married and registered gay couples will obtain legal protection against discrimination by government agencies in the BES islands Bonaire, St. Eustatius and Saba after the islands have obtained their new status as public entities in the Dutch Kingdom.
*
Articles will be included in the Civil Code for the BES islands stipulating that marriages or registered partnerships contracted in Holland will have the legal rights afforded them by Dutch Civil Law, State Secretary for Internal Affairs and Kingdom Relations Ank Bijleveld-Schouten said in a letter to the Dutch Parliament’s Second Chamber in answer to Labour PvdA party questions.
*
“This means that a marriage between persons of the same gender and a registered partnership should also be registered at the civil registries or census offices of the BES islands.” Because this in itself does not establish any legal consequences, it is the intention of the Dutch government to incorporate a new article in the BES Implementation Law stating that weddings and registered partnerships executed in the Netherlands confer the same legal rights as weddings executed in the public entities.
*
[I]t is the Netherlands’ position not to deviate from marriage law.
*
Meanwhile, here in Virginia, LGBT Virginians remain third (or fourth) class citizens. But then, it's no surprise - it took the Supreme Court ruling in Loving v. Virginia to end Virginia's ban on interracial marriage.
Posted by Michael-in-Norfolk at Wednesday, December 30, 2009

It sounds like the islands themselves aren't allowing gay marriage, they are just recognizing marriages made in the Netherlands.