The End of White America? 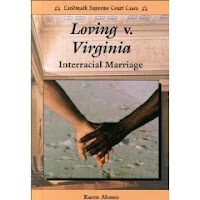 The End of White America? That's the title of an new article in the Atlantic Monthly the substance of which will no doubt get the Kool-Aid drinking elements of the GOP and Christian Right all a twitter and hyperventilating since they go absolutely crazy over the idea that America may cease to be a white majority nation. These are after all the same folks - or their descendants - who used the Bible to justify segregation and bans on interracial marriage. The only segment of the population that they like less than non-whites and mixed race individuals are LGBT citizens. They do not judge people by their character or abilities but rather only by their skin color, religious affiliation and sexual orientation. In my view, they are what's wrong with America and U.S. politics. And I expect that we will see even more intolerance arise from these self-styled "real Americans" as they seek to marginalize non-whites, mixed race, and gay Americans, all of whom are examples of the dreaded "other." Here are some story highlights:
*
Whether you describe it as the dawning of a post-racial age or just the end of white America, we’re approaching a profound demographic tipping point. According to an August 2008 report by the U.S. Census Bureau, those groups currently categorized as racial minorities—blacks and Hispanics, East Asians and South Asians—will account for a majority of the U.S. population by the year 2042. Among Americans under the age of 18, this shift is projected to take place in 2023, which means that every child born in the United States from here on out will belong to the first post-white generation. Obviously, steadily ascending rates of interracial marriage complicate this picture, pointing toward what Michael Lind has described as the “beiging” of America.
*
As a purely demographic matter, then, the “white America” that Lothrop Stoddard believed in so fervently may cease to exist in 2040, 2050, or 2060, or later still. But where the culture is concerned, it’s already all but finished. Instead of the long-standing model of assimilation toward a common center, the culture is being remade in the image of white America’s multiethnic, multicolored heirs. For some, the disappearance of this centrifugal core heralds a future rich with promise.
*
Not everyone was so enthused. . . . [I]in his 2001 book, The Death of the West, [Pat] Buchanan rote: “Mr. Clinton assured us that it will be a better America when we are all minorities and realize true ‘diversity.’ Well, those students [at Portland State] are going to find out, for they will spend their golden years in a Third World America.” Today, the arrival of what Buchanan derided as “Third World America” is all but inevitable.
*
You can flee into whiteness as well. This can mean pursuing the authenticity of an imagined past: think of the deliberately white-bread world of Mormon America, where the ’50s never ended, or the anachronistic WASP entitlement flaunted in books like last year’s A Privileged Life: Celebrating WASP Style, a handsome coffee-table book compiled by Susanna Salk, depicting a world of seersucker blazers, whale pants, and deck shoes. . . . But these enclaves of preserved-in-amber whiteness are likely to be less important to the American future than the construction of whiteness as a somewhat pissed-off minority culture.
*
Like other forms of identity politics, white solidarity comes complete with its own folk heroes, conspiracy theories (Barack Obama is a secret Muslim! The U.S. is going to merge with Canada and Mexico!), and laundry lists of injustices. The targets and scapegoats vary—from multiculturalism and affirmative action to a loss of moral values, from immigration to an economy that no longer guarantees the American worker a fair chance—and so do the political programs they inspire.
*
[T]his white identity politics helped swing the 2000 and 2004 elections, serving as the powerful counterpunch to urban white liberals, and the McCain-Palin campaign relied on it almost to the point of absurdity (as when a McCain surrogate dismissed Northern Virginia as somehow not part of “the real Virginia”) as a bulwark against the threatening multiculturalism of Barack Obama. Their strategy failed, of course, but it’s possible to imagine white identity politics growing more potent and more forthright in its racial identifications in the future, as “the real America” becomes an ever-smaller portion of, well, the real America, and as the soon-to-be white minority’s sense of being besieged and disdained by a multicultural majority grows apace.
*
There will be dislocations and resentments along the way, but the demographic shifts of the next 40 years are likely to reduce the power of racial hierarchies over everyone’s lives, producing a culture that’s more likely than any before to treat its inhabitants as individuals, rather than members of a caste or identity group.
Posted by Michael-in-Norfolk at Wednesday, January 07, 2009

When my daughter was around 4 years old she corrected me when I made a reference to her little "black" playmate. She informed me that she was not black, she was dark brown. Then I asked her what color we were and she said light brown. Ever since then the difference seems rather insignificant.