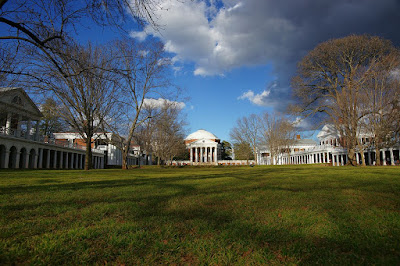 In the wake of the horrific mass shooting on February 14, 2018, many high school students are planning to participate in anti-gun protests, especially on March 24, 2018 when nationwide protests are scheduled.  A number of school superintendents - typically in backward, GOP dominated/knuckle dragging areas of of America (the two generally go together) - have threatened to suspend students who miss school in order to participate in such protests.  In an effort to counter such efforts to stifle free speech and freedom of assembly, a number of prominent colleges and universities have announced that suspension arising from participation in anti-gun protests will not be counted against student applicants.  Among such universities I am proud to say is my alma mater, the University of Virginia which found itself invaded by non-Virginian Neo-Nazis last August.  Here are highlights from BuzzFeed:

In the Needville Independent School District just outside Houston, Texas, the superintendent reportedly sent out letters threatening three-day suspensions for any student who joins in on walkouts.

"Life is all about choices and every choice has a consequence whether it be positive or negative," Superintendent Curtis Rhodes said. "We will discipline no matter if it is 1, 50, or 500 students involved. All will be suspended for three days and parent notes will not alleviate the discipline."

The Spring Independent School District, also in the Houston area, and the Waukesha County School District in Wisconsin issued similar warnings. (The Waukesha superintendent later made another statement saying students could participate if they were excused from class by their parents.)

Now colleges are standing up for the teenage activists, saying it won't affect their admissions decisions if they get suspended for protesting.

Here are just a few of the schools that have vowed not to penalize student protesters:

For more schools that have made this pledge, growing lists are available here and here.

Noticeably missing from the lists of such universities are Christofascist institutions such as Regent University and the even more insane Liberty University whose degrees and graduates are frequently viewed with suspicion by those who graduated from legitimate colleges and universities.

The University of Virginia Statement reads as follows:

Kudos to my alma mater!