The Rottenness of Today's Republican Party 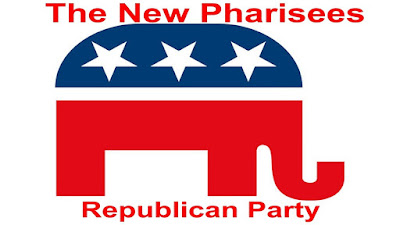 President Trump has had more-scandalous weeks. He has had weeks with more bombshell bad-news stories. But no week has matched this one in revealing the moral and intellectual rot at the center of the GOP. Pandemic intellectual dishonesty and celebration of uncivilized conduct now permeate the party and its support in the conservative ecosystem. Consider what we saw and learned this week:

This is the state of the GOP — a refuge for intellectual frauds and bullies, for mean-spirited hypocrites who preach personal responsibility yet excuse the inexcusable.

Conventional wisdom says that Trump executed a hostile takeover of the GOP. What we have seen this week suggests a friendly merger has taken place. Talk radio hosts have been spouting misogyny and anti-immigrant hysteria for years; Trump is their ideal leader, not merely a flawed vehicle for their views. Fox News has been dabbling in conspiracy theories (e.g. birtherism, climate-change denial) for decades; now Republicans practice intellectual nihilism.

Anti-Trump Republicans have debated whether the GOP can be “reformed” or must be abandoned. Where would one even begin to reform a party such as this . . . . It would take a clean sweep of not merely officeholders but also right-wing media outlets to recover anything approaching the intellectual rigor and moral decency conservatives used to cherish.

The country needs two parties and benefits from the ideas associated with classical liberalism (small “l”) — the rule of law (over the law of the jungle), respect for the dignity of every individual, prosperity-creating free markets (including trade), values-based foreign policy. The Republican Party no longer embodies those ideals; it undermines them in words and in deeds. It now advances ideas and celebrates behavior antithetical to democracy and simple human decency. Center-right Americans, we have become convinced, must look elsewhere for a political home.


The last bold faced language sums things up well in my view:  The GOP now advances ideas and celebrates behavior antithetical to democracy and simple human decency.  And 81% of evangelical Christians support this agenda.  Their moral bankruptcy is nearly complete.