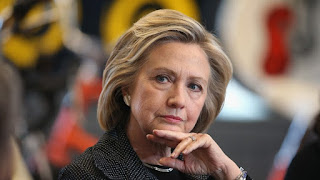 You know things are not going well when Fox News drops its coverage of an event that is supposed to have been Hillary Clinton's Waterloo long before the end of Hillary's appearance before the GOP inquisitors.  With no new sensational information discovered and much self-embarrassment accomplished, one has to wonder if the House Republicans will finally cease their partisan inspired witch hunt.  Rather than hurting Clinton, their circus event may have actually helped her.   A piece in Salon looks at the failed GOP effort.  Here are highlights:


There’s not really any good news for the GOP in the aftermath of yesterday’s House Benghazi Committee interrogation of Hillary Clinton. There had been some flickers of hope among conservative activists that the committee Republicans, led by chairman Trey Gowdy, would finally produce the long-rumored “smoking gun” that would prove once and for all that Hillary did… whatever evil thing she supposedly did with regard the Benghazi. Or maybe they’d goad her into making a terrible gaffe that would ruin her politically. But that’s not what happened.

After weeks of damaging stories about the Benghazi committee’s partisan agenda and vanishing credibility, it might have done Gowdy some good to put together a quiet and informative hearing that was befitting the “serious investigation” that he insisted he was leading. Instead, Gowdy took the lead role in proving correct each one of his Republican colleagues who said the committee was focused on damaging Hillary Clinton’s presidential chances.

This theme was picked up on by his Republican colleagues, who weren’t nearly as subtle in their dishonesty as Gowdy was.
Democrats used their time to make clear just how pointless they believe the entire investigation is and allowed Clinton her opportunities to offer sanitized and carefully worded defenses of the Libya intervention. At least one member of the committee used the hearing to pose useful and interesting questions about issues that arose from the Benghazi attack: Rep. Tammy Duckworth (D-IL). She asked Clinton about policies for outsourcing security to local militias and security contractors, which has caused problems for the State Department and other government agencies.

All in all it was a bust for Gowdy and the Benghazi committee, to the point that conservative pundits were griping about how poorly the Republicans fared against Clinton. Anyone who doubted that the committee was a partisan exercise in Clinton-bashing came away free of doubts. The only sliver of good news for the Republicans is that it likely won’t matter. The notion that Barack Obama and Hillary Clinton engineered some sort of evil Benghazi cover-up is already assumed to be true in the minds of conservatives and Republican voters. The fact that Gowdy and crew spent the day stepping on rakes and scoring own-goals in a failed attempt to “prove” it won’t change their minds.

Other than hoping to hurt Hillary's presidential bid, the only other motivation behind the Benghazi Committee has been to play to the delusional base of the GOP that have an obsessive hatred towards her  that will never change regardless of what she does or doesn't do.  This obsession traces back to the Bill Clinton years in the White House and will never end.  Meanwhile, for most Americans, the Clinton years look pretty good compared to the economic and foreign policy disasters brought on by the Bush/Cheney years of misrule.
Posted by Michael-in-Norfolk at Friday, October 23, 2015