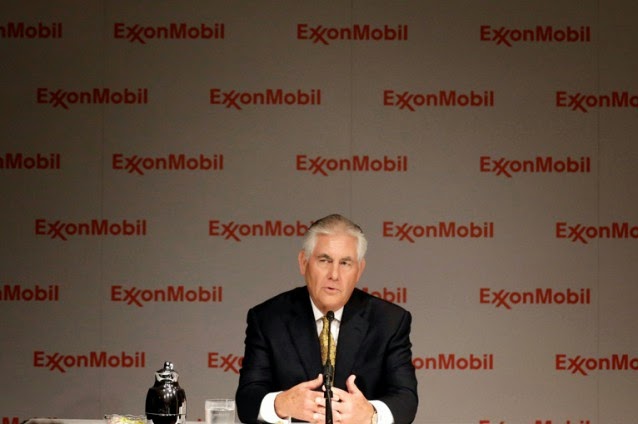 Before it was acquired by Exxon, Mobil Oil had a full compliment of pro-LGBT polices.  All of those went away after Exxon took control and for years Exxon resisted reinstituting the policies.  Now, perhaps pushed by Barack Obama's non-discrimination executive order applying to all federal contractors, Exxon-Mobil has at last restored LGBT employment protections.  Think Progress has details.  Here are highlights:


For over a decade, ExxonMobil shareholders and company officials have repeatedly voted against extending corporate policy to protect LGBT people from discrimination, earning it the Human Rights Campaign’s lowest ranking for LGBT inclusion among the country’s largest businesses. That reputation just came to an end, as the company has officially added “sexual orientation” and “gender identity” to its officially protected classes.

The company’s newly updated Standards of Business Conduct confirm that the inclusive language is now present. Both sexual orientation and gender identity are explicitly included as protected statuses for both its Equal Employment Opportunity Policy and Harassment in the Workplace Policy.

An ExxonMobil spokesperson confirmed to ThinkProgress that the policies had been updated, adding, “ExxonMobil’s policies prohibit all forms of discrimination in any company workplace, anywhere in the world. ExxonMobil supports a work environment that values diversity and inclusion, and has numerous inclusive programs and policies that help make ExxonMobil a great place to work.”

The policies indicate that they have been “modified for application in the United States.” This suggests that ExxonMobil made the change specifically because of President Obama’s executive order last summer requiring that all contractors of the federal government must have policies protecting their LGBT employees. ExxonMobil was undoubtedly the largest such contractor without a policy.

A suit accusing ExxonMobil of discriminating against gay candidates for job openings in Illinois is ongoing.

LGBT workplace protections are but one factor that the Human Rights Campaign considers on its corporate scorecard, which means ExxonMobil’s rating will not immediately be salvaged by the change.

Posted by Michael-in-Norfolk at Sunday, February 01, 2015