Is Marijauna the New Gay Marriage for the GOP? 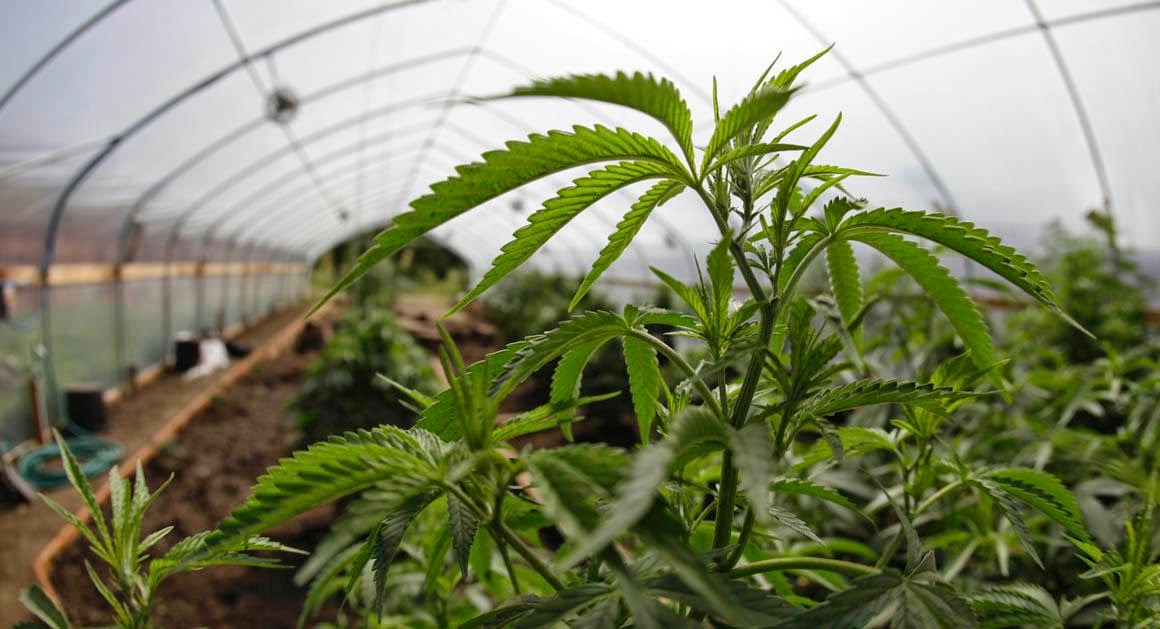 As the Republican Party has sold its soul to please the Christofascists and their Tea Party fist cousins it has increasingly alienated younger voters, particularly on the issue of same sex marriage.  With the marriage equity battle seemingly lost (hopefully the Supreme Court will end it once and for all come June), some suggest that the issue of legalization of small amounts of recreational marijuana may be the new issue that drives younger and moderate voters from the GOP.  Even in Virginia polls suggest that a majority of voters support such a move.  A piece in Politico looks at this new hurdle for the GOP.  Here are excerpts:

Marijuana is shaping up to be the new gay marriage of GOP politics — most Republicans would rather not talk about it, except to punt to the states.

But when it comes to the 2016 presidential race, a series of legalization ballot initiatives — and a certain outspoken Kentucky senator — could make it harder for the Republican field to avoid the conversation.

When asked to articulate their positions on recreational marijuana, several potential GOP 2016 candidates have tried to strike a tricky balance: stress the downsides of pot use and the upsides of states’ rights. Some have indicated their openness to decriminalizing pot, at least in their state, but none favors outright legalization.

Marijuana may not stimulate the same kind of passion as the debate over same-sex marriage. Still, a majority of Americans support legalizing pot, and young people — who tend to turn out more for presidential elections than midterms — are especially keen on it.

The “leave it to the states” stance allows potential GOP candidates to stake out a relatively safe middle ground between an older conservative base that disapproves of marijuana use and a general-election electorate and libertarian wing that prefers legalization. The states’ rights approach also allows GOP candidates to express some openness to medical marijuana and criminal justice reform and argue against devoting costly resources for federal enforcement.

At least five states are preparing to vote on legalization of recreational marijuana in 2016 — Arizona, California, Maine, Massachusetts and Nevada. There are efforts to put the issue on ballots in Florida, Missouri and Montana. Colorado, Washington state, Oregon and Alaska already have voted to legalize recreational marijuana, as has Washington, D.C.

President Barack Obama’s administration has basically tried to avoid what’s becoming a murky legal issue. The Justice Department announced in 2013 that it wouldn’t block recreational and medical marijuana in states that adopted legalization measures; while a federal cannabis ban remains, the administration has largely opted not to enforce it in states that have voted to legalize.

Some advocates have downplayed the parallels between same-sex marriage and marijuana legalization. While recreational cannabis has found its success on the ballot, gay marriage has been decided mostly in state legislatures and courts.

Still, both movements have successfully used state-based models, increasing pressure for federal action. The Supreme Court will decide later this year whether same-sex marriage is a constitutional right.

One Republican outspoken on marijuana is Paul, who has made major overtures to young people and minorities. The Kentucky senator, a favorite in the GOP’s libertarian wing, is the highest-profile Republican to support federal decriminalization and the party’s only potential presidential candidate to do so.

“I don’t want to put our kids in prison for it,” Paul said of marijuana in December. “So if your kid was caught selling marijuana or growing enough that it’s a felony conviction, they could be in jail for an extended period of time. They also lose their ability to be employable. So I want to change all of that.”

The senator’s stance could prove a vexing problem not just for fellow Republicans but also Hillary Clinton. The likely Democratic 2016 frontrunner has been relatively quiet on the issue, asking for a “wait and see” approach to the experiments in Colorado and Washington state and offering some support for medical marijuana.

The GOP’s internal struggle over the issue is playing out in Congress, where a group of Republicans — led by House Appropriations Committee Chairman Hal Rogers of Kentucky and Rep. Andy Harris of Maryland — pushed for a provision included in the December $1.01 trillion spending bill that aims to stop the marijuana legalization measure passed in Washington, D.C.

Posted by Michael-in-Norfolk at Sunday, February 01, 2015