GOP's Huckabee Compares Being Gay to Drinking and Swearing 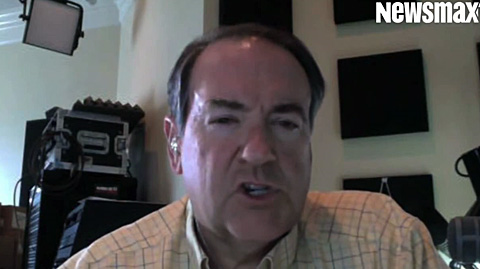 If readers haven't figured it out, I view Mike Huckabee to be a foul douche bag who is on a quest to subvert constitutional government and, if allowed, he would  impose his version of a Chriastian variant of Sharia law on the nation.  Anyone who falls for his attempts at folksy populism is either an idiot or naive beyond belief.   In his latest slight to LGBT Americans Huckabee has again said that being gay is a "lifestyle" - just like drinking or swearing.  As I've noted before, anyone who equates sexual orientation to a "lifestyle" choice is a bigot or so ignorant they don't belong in any elected office.  CNN looks at Huckabee's latest insult to gays.  Here are highlights:

Republican presidential hopeful Mike Huckabee says expecting Christians to accept same-sex marriage is "like asking someone who's Jewish to start serving bacon-wrapped shrimp in their deli."

He also called homosexuality part of a lifestyle, like drinking and swearing.

The former Arkansas governor, winner of the 2008 Iowa caucuses and likely 2016 contender's comments came during an appearance Sunday on CNN's "State of the Union," as he defended an excerpt from his new book in which he says he has friends and associates who are gay.


He also offered a nod to legislation that some conservatives have advocated on the national and state levels protecting businesses from discrimination claims for adhering to their owners' religious views.

"I'd like to think that there's room in America for people who have different points of view without screaming and shouting and wanting to shut their businesses down," he said. "What worries me in this new environment we're in, it's not just that someone might disagree, they don't want to argue with me, even take a different point of view. They want to close someone's business down."

Huckabee pointed to President Barack Obama's 2008 opposition to same-sex marriage, but said there's no chance he'll ever drop his opposition to gay marriage.

If anything is a "lifestyle choice" it is adhering to fairy tales written 2000+ years ago by ignorant goat herders and embracing ignorance rather than have to think and make moral decisions of one's own.  The Christofascists want respect and deference but don't think they have to show respect to anyone else.  The sense of entitlement and selfishness is stunning.

Posted by Michael-in-Norfolk at Monday, February 02, 2015