GOP Base Lunacy and the Measles Vaccine Debate 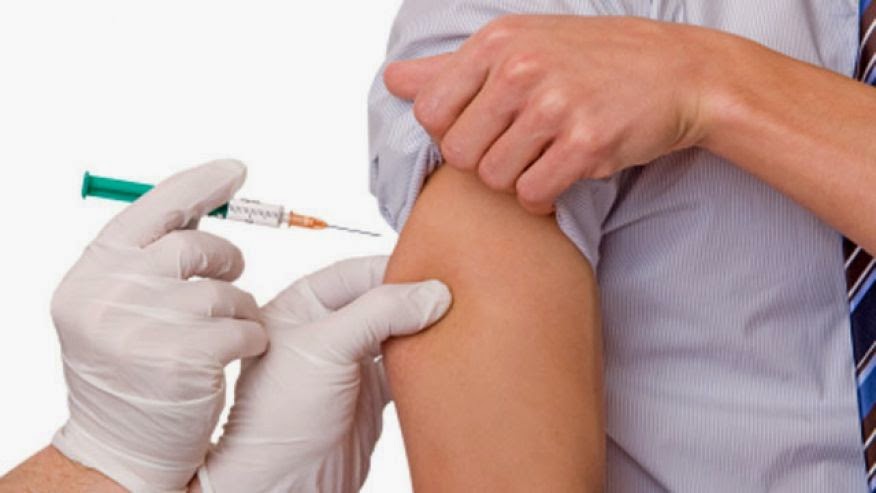 More and more the base of the Republican Party displays fear of modernity and scientific truths and in the name of "parental rights" refuse to expose their children to public schools and more dangerously, modern vaccines to avoid preventable diseases.  One of the results of this backwardness is the current measles outbreak which is being fueled by those who  refuse to have their children vaccinated.  To me, it is symptomatic of the lunacy that has become synonymous with today's Republican Party.  It is also typical of far right Christians who are among the most self-centered and selfish people one will encounter despite all the claims of piety and adherence to the Gospel message.  They truly, in my view, do not give a damn about how they endanger others.  Now, would be GOP presidential candidates are being pushed to take positions as to whether the public welfare outweighs pandering to those who live in a fantasy world.  The New York Times looks at the issue.  Here are highlights:

WASHINGTON — The politics of medicine, morality and free will have collided in an emotional debate over vaccines and the government’s place in requiring them, posing a challenge for Republicans who find themselves in the familiar but uncomfortable position of reconciling modern science with the skepticism of their core conservative voters.

As the latest measles outbreak raises alarm, and parents who have decided not to vaccinate their children face growing pressure to do so, the national debate is forcing the Republican Party’s 2016 presidential hopefuls to confront questions about whether it is in the public’s interest to allow parents to decide for themselves.

Gov. Chris Christie’s trade mission to London was suddenly overshadowed on Monday after he was quoted as saying that parents “need to have some measure of choice” about vaccinating their children against measles.

Senator Rand Paul of Kentucky, a physician, was less equivocal, telling the conservative radio host Laura Ingraham on Monday that parents should absolutely have a say in whether to vaccinate their children for measles.

The vaccination controversy is a twist on an old problem for the Republican Party: how to approach matters that have largely been settled among scientists but are not widely accepted by conservatives.

It is a dance Republican candidates often do when they hedge their answers about whether evolution should be taught in schools. It is what makes the fight over global warming such a liability for their party, and what led last year to a widely criticized response to the Ebola scare.

There is evidence that vaccinations have become more of a political issue in recent years. Pew Research Center polls show that in 2009, 71 percent of both Republicans and Democrats favored requiring the vaccination of children. Five years later, Democratic support had grown to 76 percent, but Republican support had fallen to 65 percent.

[A]sked about immunization over the weekend in an interview on the NBC News program “Meet the Press,” Mr. Obama urged parents to “get your kids vaccinated.”


Hillary Rodham Clinton also weighed in with a jab at vaccine naysayers, writing Monday night on Twitter, “The science is clear: The earth is round, the sky is blue, and #vaccineswork.”


The issue has more political potency among conservative voters who are highly skeptical of anything required by the government.

The vaccine question surfaced in the 2012 Republican primary when rivals of Rick Perry, then the Texas governor, pounced on him for issuing an executive order requiring sixth-grade girls to be vaccinated against the human papillomavirus . . .

[T]he debate is not one-sided for Republicans. Gov. Scott Walker of Wisconsin, also a possible 2016 candidate, was asked on Sunday about vaccinations on the ABC News program “This Week,” and insisted that the science was clear and convincing. “Study after study has shown that there are no negative long-term consequences,” he said. “And the more kids who are not vaccinated, the more they’re at risk and the more they put their neighbors’ kids at risk as well.”

Asked about immunizations again later on Monday, Mr. Paul was even more insistent, saying it was a question of “freedom.” He grew irritated with a CNBC host who pressed him and snapped: “The state doesn’t own your children. Parents own the children.”

Rand Paul's comment is very distressing. NO ONE owns children.  They have every right to be protected from the ignorance of their parents and from their parent's poisonous religious beliefs.  Yet the far right sees children as chattel property to be mistreated and abused, physically and psychologically as deranged parents see fit.  This mindset needs to be eradicated.
Posted by Michael-in-Norfolk at Tuesday, February 03, 2015