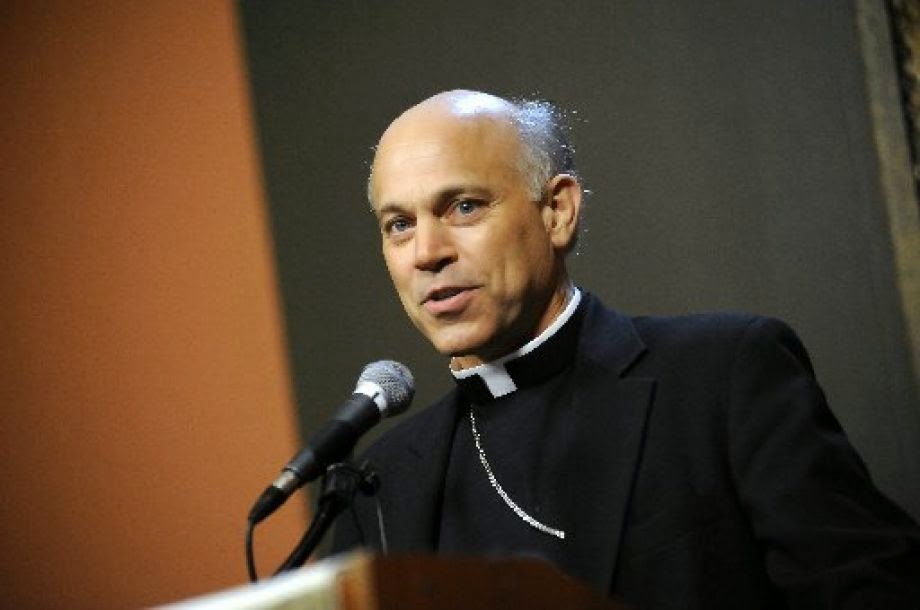 If the caption of this post sounds insane, welcome to the insane and neurotic world of the Catholic Church hierarchy that remains obsessed with all things sexual no matter the reported statements of Pope Francis.  Among the most insane sitting archbishops is San Francisco Archbishop Salvatore Cordileone - yes, the one of DUI fame and purported "father of Proposition 8" - who has issued a pronouncement binding on employees of Catholic institutions and schools within his archdiocese that bans among other things pornography and masturbation.  How exactly Cardileone would enforce this mandate is left to speculation.  The San Francisco Chronicle has details.  Here are highlights:

Archbishop Salvatore Cordileone’s document applies to faculty and staff at four Catholic high schools: Riordan and Sacred Heart in San Francisco, Marin Catholic in Kentfield and Serra High School in San Mateo. It states that administrators, faculty and staff “affirm and believe” the controversial statements, which will be part of the faculty handbook.

The document goes on to say that marriage is between “one man and one woman,” despite California law allowing same-sex marriages. It also notes that sperm donation, the use of a surrogate and other forms of “artificial reproductive technology” are also gravely evil.

The document notes that while not all staff at the schools are Catholic, they are “required to stand as effective and visible professional participants and proponents of truly Catholic education.” Those who are not Catholic “must refrain” from participating in organizations that “advocate issues or causes contrary to the teachings of the church.”

Posted by Michael-in-Norfolk at Thursday, February 05, 2015

Such attempted imposition of thought control outside work hours should lead to cessation of any government contracts that reward discrimination.