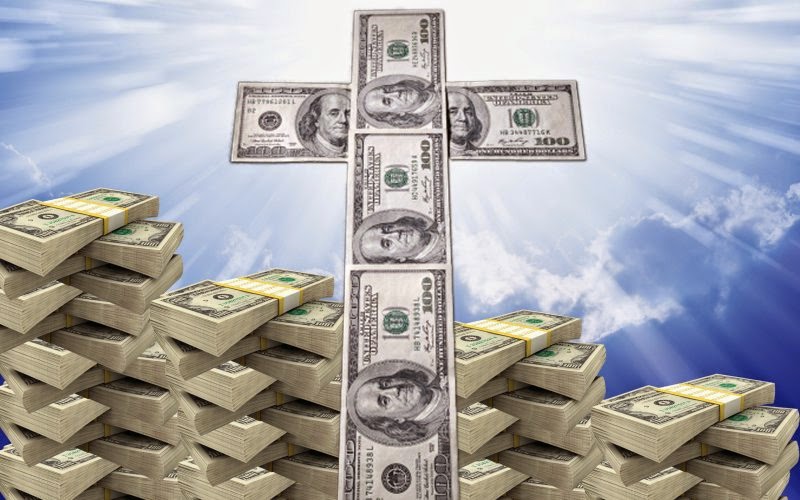 I've written about the Christofascist organization, The Gathering, which works to deny civil rights to many Americans and which ultimately would gut, if not over throw the United States Constitution if it could have its way.  Sadly, the media too often fails to cover the extremist, if not seditious, actions of Christofascists organizations and most politicians - especially self-prostituting Republicans - fear condemn such actions lest they be charged with being "anti-Christian."  Thankfully, a piece in The Daily Beast lays into The Gathering and its participants and hopefully will help more Americans to realize the threat Christofascist pose to constitutional government and rights and freedoms of other Americans.  As I have said many times, they are a clear and present danger and need to be treated accordingly.  Other than the level of violence utilized, their theocratic goals are not so far removed from those of ISIS and Islamic extremist organizations save the fictional work that the swear allegiance to.   Here are article highlights:

Have you heard of the $1,750-per-person “Gathering,” which starts Thursday in Orlando, Florida?
Probably not. But if you’re female, gay, non-Christian, or otherwise interested in the separation of church and state, your life has been affected by it.

The Gathering is a conference of hard-right Christian organizations and, perhaps more important, funders. Most of them are not household names, at least if your household isn’t evangelical. But that’s the point: The Gathering is a hub of Christian Right organizing, and the people in attendance have led the campaigns to privatize public schools, redefine “religious liberty” (as in the Hobby Lobby case), fight same-sex marriage, fight evolution, and, well, you know the rest.

The Gathering is as close to a “vast right-wing conspiracy” as you’re likely to find. So with this year’s conference about to get under way, Wilson gave The Daily Beast an exclusive interview over email—heavily redacted here—about this shadowy, powerful network of hard-right funders.

The Gathering promotes “family values” agenda: opposition to gay rights and reproductive rights, for example, and also a global vision that involves the eventual eradication of all competing belief systems that might compete with The Gathering’s hard-right version of Christianity. Last year, for example, The Gathering 2013 brought together key funders, litigants, and plaintiffs of the Hobby Lobby case, including three generations of the Green family.

The evangelical right financial dynasties and foundations that meet each year at The Gathering dispense upwards of $1 billion a year in grants. But even that is overshadowed by the bigger sums that The Family and The Gathering have managed to route from the federal and state government to fund their movement via the Faith-Based Initiative program, USAID, PEPFAR and other multibillion-dollar programs.

The NCF was created, back in 1982 or so, to maximize hard right-wing evangelical Christian philanthropic giving. It was so novel and complex, the architects got a special ruling from the IRS, to make sure it was legal. The NCF has multiple overlapping legal entities and holding companies, but at the core is a huge donor-advised fund. The NCF is now the 12th biggest charitable foundation in America that raises money from private sources.

One reason the NCF, a donor-advised fund, has been so successful is that it ensures anonymity for its philanthropists. Many of these individuals may fear a backlash, given the controversial causes that they support.

But we do know about the NCF’s leadership. Two of the NCF co-founders were tied to Campus Crusade for Christ, and the late Larry Burkett, a NCF co-founder, was also one of the co-founders of the Alliance Defense Fund/Alliance Defending Freedom, now the religious right’s preeminent umbrella legal defense fund. NCF’s other co-founder, Atlanta tax lawyer Terrence Parker, sits on the board of directors of the Family Research Council, and also The Gathering Foundation, which puts on The Gathering.

The Green family—who were at The Gathering in 2008 and 2013—have said they intend to leave much of their fortune to it. And in 2009, Hobby Lobby-related contributions were the No. 1 source of NCF funding (about $54 million), which we know because Eli Clifton, funded by The Nation Institute, somehow got hold of an NCF 2009 990 Schedule B form, which shows NCF’s top funders that year (Hobby Lobby was No. 1, Maclellan Foundation No. 2).

Over the last decade, he NCF has pumped over $140 million into groups that oppose action to curb climate change and portray concern over global warming as part of a satanic conspiracy to impose a tyrannical “One World Order” or “New World Order.”

[T]he story of the politicized religious right is one of the biggest untold stories of our time. It’s the story of how a covert political movement, driven by a well-organized, -funded, and committed minority, has perturbed the political arc of the biggest, wealthiest, and most powerful nation on Earth—and how it has subverted the national dialogue.

I'm annoyed at the basic dishonesty of religio/political phenomena such as The Gathering that lay claim to the Christian tradition but ignore its underlying mandate of truth-telling.

The donors to The Gathering and its principals need to be identified and, if they are business owners, their businesses and their products need to be shunned by decent people who believe in constitutional liberties.  As for the NCF, it needs to lose its tax-exempt status in light of all of the political involvement it and its affiliates have.  I'd even argue that ALL religious based charities need to lose their exempt status unless they cease ALL political activity.

Posted by Michael-in-Norfolk at Thursday, September 25, 2014