The Quickening Pace of Gun Rampages 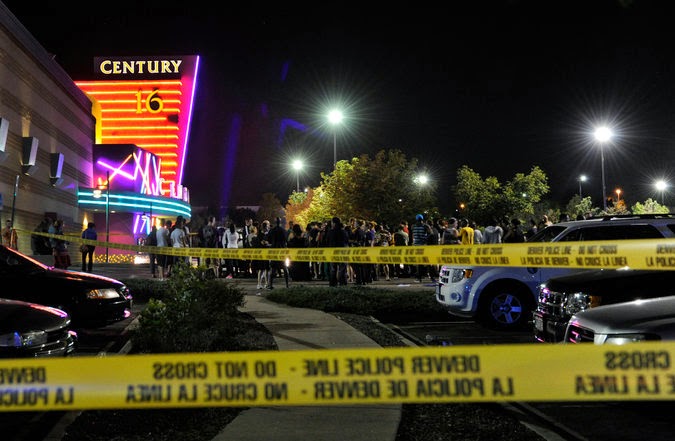 According the NRA - which is documented to be a front for gun manufacturers rather than "sportsman - more guns make Americans safer.  It's a lie, of course, like so much of what comes out of the far right.  Now, a new FBI study confirms what many of us have sensed: shooting rampages with numerous deaths are increasing in frequency.  Another take away?  Most of the shooters use guns that were legally purchased thus demolishing the NRA myth that its criminals using stolen to commit the carnage.  The New York Times in a main editorial looks at the disturbing findings which underscore the need for serious control in this nation.  Here are excerpts:

It is a sorry commentary on the shooting sprees that regularly afflict the nation that only recently has the Federal Bureau of Investigation been authorized to delve into how prevalent the threat has become. The bureau’s new survey across the past 13 years concludes that horrific shootings like those in 2012 at the Sandy Hook Elementary School in Newtown, Conn., and the movie theater in Aurora, Colo., are occurring with greater frequency.
The average annual number of shooting sprees with multiple casualties was 6.4 from 2000 to 2006. That jumped to 16.4 a year from 2007 to 2013, according to the study of 160 incidents of gun mayhem since 2000. (In 2000, The Times examined 100 spree killings, all those that the paper’s staff could find going back 50 years.) The F.B.I. report makes the shooters’ terrible effectiveness clear: 486 people were killed — 366 of them in the past seven years — and 557 others were wounded, many of them gravely incapacitated for years afterward. Sixty percent of the sprees ended before police could arrive, and 40 percent of the shooters committed suicide. F.B.I. analysts found that many of the gunmen had studied earlier gun massacres and were attracted to the attention mass killers received.

Part of the gun lobby’s grip on timorous congressional lawmakers has involved the suppression of studies and information vitally needed to enlighten the public and galvanize support for stronger gun safety laws. Congress ducked the need for effective controls after the Sandy Hook massacre, which left 20 children and six adults dead. The new F.B.I. survey is the first such federal study, despite decades of gun carnage.

[T]he bureau’s report did not address the issue of easily available military rifles and pistols that enable crazed shooters to spray crowds with bullets in a matter of seconds. The report’s casualty count of innocent Americans is undeniable. And the likelihood that gun sprees will continue is inescapable.

The far right is obsessed with terrorist threats from groups like ISIS, yet the never ending opposition to serious gun control has made it easy for American born terrorist sympathizers to arm themselves to the hilt to maximize the deaths they can inflict.  Any sane person - which sadly rules out far right "conservatives" - can see the idiocy of this situation.