The Ancestors of ISIS and Taking the War to ISIS 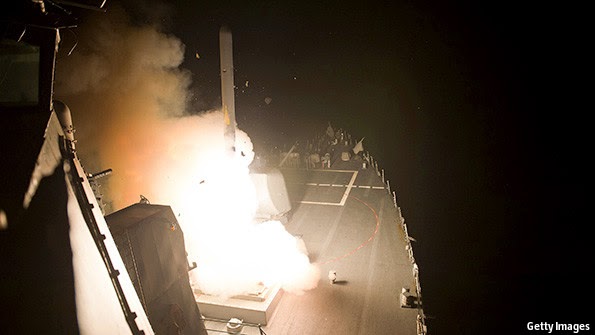 A piece in the New York Times looks at ISIS in a historical context and underscores that while ISIS may be an especially virulent form of Islamic extremism, the precedents for it extend back almost 200 years.  In each of its incarnations, the Islamic state movement has been anti-western and anti-social modernity and has used Sharia law to intimidate residents and punish non-believers.  Thankfully, the past incarnations have all ultimately gone down to defeat.  Another piece in The Economist looks at the first American lead attack against ISIS in Syria.  Combined, the articles leave one wondering will history repeat itself and, if so, how long will it take to defeat ISIS and, more importantly, the mentality of those who have flocked to its banner.  Here are excerpts from the Times piece (read the whole article):

IN the last few years, there has been a dramatic rise of a seemingly new type of polity: the Islamic rebel state. Boko Haram in West Africa, the Shabab in East Africa, the Islamic Emirate in the Caucasus and, of course, the Islamic State in the Middle East, known as ISIS, or ISIL — these movements not only call for holy war against the West, but also use their resources to build theocracies.


Though in some respects unprecedented, these groups also have much in common with the Islamic revivalist movements of the 18th century, such as the Wahhabis on the Arabian Peninsula and the great jihadist states of the 19th century. They waged jihad against non-Muslim powers, and at the same time sought to radically transform their own societies.

In all of these cases, there were two distinct, though intertwined, conflicts, one against non-European empires and one against internal enemies, and both struggles were combined with state-building. This pattern is in fact not unique to the emergence of Islamic rebel states. The sociologist Charles Tilly once identified war as one of the most crucial forces in the formation of states: The foundation of a centralized government becomes necessary to organize and finance the armed forces.

At the same time, Islam was at the center of these movements. Their leaders were religious authorities, most of them assuming the title “commander of the faithful”; their states were theocratically organized. Islam helped unite fractured tribal societies and served as a source of absolute, divine authority to enhance social discipline and political order, and to legitimize war. They all preached militant Islamic revivalism, calling for the purification of their faith, while denouncing traditional Islamic society, with its more heterodox forms of Islam, as superstitious, corrupt and backward.

Today’s jihadist states share many of these features. They emerged at a time of crisis, and ruthlessly confront internal and external enemies. They oppress women. Despite the groups’ ferocity, they have all succeeded in using Islam to build broad coalitions with local tribes and communities. They provide social services and run strict Shariah courts; they use advanced propaganda methods.
If anything, they differ from the 19th-century states in that they are more radical and sophisticated. The Islamic State is perhaps the most elaborate and militant jihad polity in modern history. It uses modern state structures, including a hierarchically organized bureaucracy, a judicial system, madrasas, a vast propaganda apparatus and a financial network that allows it to sell oil on the black market. It uses violence — mass executions, kidnapping and looting, following a rationale of suppression and wealth accumulation — to an extent unknown in previous Islamic polities. And unlike its antecedents, its leaders have global aspirations, fantasizing about overrunning St. Peter’s in Rome.

And yet those differences are a matter of degree, rather than kind. Islamic rebel states are overall strikingly similar. They should be seen as one phenomenon; and this phenomenon has a history.

In this light, the international community should continue to check the expansion of groups like the Islamic State, and intervene to prevent widespread human rights abuses. But given that the United States and its allies are unlikely to commit the massive military resources necessary to defeat the Islamic State — let alone other jihadist states — the best policy might be one of containment, support of local opponents and then management of the groups’ possible collapse.

Typically, America learns nothing from history and blunders forward without understanding the more complex nature of its enemies.  The piece in The Economist looks at the first air strike foray into Syria:

THAT an American-led air strike on Islamic State (IS) targets in Syria was coming soon has not been in doubt since Barack Obama promised on September 10th that he would “degrade and ultimately destroy” the jihadist organisation that controls large swathes of northern Syria and western Iraq. The president, who will speak of the threat posed by IS at the UN General Assembly on September 24th, was clear that he would not hesitate to take the fight against IS into Syria, despite all its attendant difficulties, especially the absence of ground forces to work with. But the speed and scale of the attack that began in the early hours September 23rd still achieved a high degree of tactical surprise.

Using air and missile power to cripple IS will require a massive interdiction bombing campaign to attack its entire military structure, especially the bases from which its foreign volunteers operate. It will need precision bombing to go after its leadership, its communications network and its sources of finance. And it will require a persistent aerial threat to deny it the ability to move its forces with their heavy weapons, armour and “technicals” (pickup trucks with machine guns).

Saudi Arabia, Jordan, Bahrain and the United Arab Emirates joined the attack, mostly flying US-supplied F-16s, while Qatar flew planes in a support role. Fourteen strikes were carried out against a variety of targets including an IS headquarters building in Raqqa, a north-eastern Syrian city which IS controls, a finance centre, training compounds, storage facilities, supply trucks and armoured vehicles.

A second series of eight strikes, carried out by US aircraft only, targeted a hitherto obscure jihadist cell, dubbed Khorasan by American officials, at several sites near Aleppo. Among the targets were training camps, an explosives factory, a communications building and command facilities. Initial reports suggest as many as 70 of the group's fighter's many of them foreigners, were killed

What happens next will depend largely on how many targets in Syria the American-led coalition can identify. IS has had plenty of time to hide important assets in population centres, but may still have been caught on the hop. General Keane thinks that there will still be plenty to go for. A key aim of the bombing campaign is certain to be disruption of IS's oil sales, which may be earning the group as much as $2m a day. It controls six out of ten fields in eastern Syria and seven in northern Iraq (as well as two refineries).

If the aim is to degrade not just IS but several of the other jihadist organisations that have attracted money and weapons, thus creating space for what remains of the moderate opposition, it may already be too late. It will be years rather than months before the Free Syrian Army, which now very belatedly seems about to receive training and weaponry, is a fighting force capable of taking on both IS and the regime of Bashar Assad.

There's more.  Sadly, the picture is not encouraging in terms of a short term success. Besides defeating ISIS militarily, it will be important to find a way to defeat the fundamentalist mindset of those who support it and prefer to be dictated to rather than use knowledge and logic to try to better their situations.   These supporters - like Christofascists in America - are the enemies of modernity and human rights.
Posted by Michael-in-Norfolk at Wednesday, September 24, 2014

Last 1400 years , from Straits of Gilbralta to Hindu Kush mountains to souther thailand. what world is seeing now as ISIS , Asia has been witness to Jihadi Barbatric Ideology. ISIS is just a segment of it.