Will Christianists Make In Vitro Fertilization Illegal in Mississippi 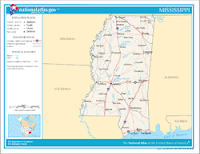 I have long maintained that imposing their views on sexual orientation on all of society is only the tip of the iceberg for the Christianist/dominionist movement. Other targets are outlawing pre-marital sex, totally outlawing abortion, and even making the use of contraception illegal. People scoff at the idea that such things yet if one reads the discourse on Christianist websites over a period of time it become all to clear that these people are extremists and zealots. Looking at what's happening in Mississippi suggests that these folks will go to any lengths to achieve their goals. In Mississippi the ostensible goal is to outlaw all abortion and set the stage to overturn Roe v. Wade. Yet the collateral damage would extend much further and would in theory outlaw in vitro fertilization in an already exceedingly backward state. Michele Goldberg looks at what's afoot in a column in The Daily Beast. Here are some highlights:

In September, Mississippi’s Supreme Court ruled that a ballot initiative to amend the state’s constitution to define embryos as persons could go forward in November. Since then, Dr. Randall Hines, one of four physicians in the state who perform in vitro fertilization, has been fielding panicked calls from women with fertility problems.

The personhood movement, which aims to put initiatives like Mississippi’s on the ballots of nine other states in the next year, represents a radical new anti-abortion legal strategy. It’s built around a few lines in Roe v. Wade that grapple with the question of whether a fetus is a person under the 14th Amendment. “If this suggestion of personhood is established, the appellant’s case, of course, collapses, for the fetus’ right to life would then be guaranteed specifically by the Amendment,” wrote Justice Harry Blackmun, before concluding that a fetus is not in fact a person. The personhood movement believes that by legally changing the definition of what a person is, it can undermine Roe v. Wade and outlaw abortion. But should any state actually pass a personhood amendment, it would impact IVF as well. That is not accidental.

The first personhood initiative to make it onto a state ballot was in Colorado in 2008, a campaign Mason managed. It lost overwhelmingly, getting just 27 percent of the vote. Anti-abortion activists tried again two years later, and lost again, though that time they got 30 percent of the vote.

For Mississippi women desperate to become pregnant, the prospect of seeing their chances drastically curtailed is terrifying. Thus, they’ve been some of the strongest voices against the personhood amendment. A little over a month ago, Atlee Breland, a mother of three children conceived through intrauterine insemination—a less invasive form of assisted reproduction that couples often try before progressing to IVF—founded Parents Against 26, and has been traveling the state speaking out. “The medical realities of the IVF process definitely mean that 26 is a serious, serious threat to the family-building options of thousands and thousands of Mississippi women just like me,” she says.

Hopefully people will wake up to the dangers of the Christianist agenda that seeks to strip away the rights of others who don't conform tot he Christianist world view. There are legislators right here in Virginia who support a similar effort to change the definition of what constitutes a "person." The threat is very real - especially if the GOP takes control of the Virginia Senate.
Posted by Michael-in-Norfolk at Tuesday, October 25, 2011