More on Sex Abuse in the Catholic Church 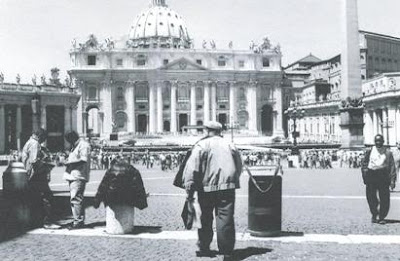 I received a comment from Bishop Accountability http://www.bishopaccountability.org/ today on the Los Angeles Archdiocese sexual abuse settlement. This group has a wealth of information and documentation that shows the extent of the sex abuse scandal and, even more damning, the legths that the hierarchy went to cover it up. Here's the comment:
1. The final total of $660 million is lower than many expected. Predicted totals had ranged as high as $1.6 billion.
2. The smaller total may have resulted from survivors' determination to force release of priest files. The settlement requires the Archdiocese to release confidential personnel files of accused priests.
3. Of the $660M, the Archdiocese of Los Angeles will pay only $250M. The balance will be paid by insurance companies (reportedly dozens of them) and more than 30 religious orders.

4. The Archdiocese can afford this. With 1600 properties worth an estimated $4 billion, it is one of the wealthiest landowners in Southern California, according to a Los Angeles Times report published last December. While this sum includes parishes, it also includes $175 million in properties not classified for religious use -- commercial parking lots, single family homes, retail buildings, and oil wells.

5. It's a good deal for the Cardinal. For a mere $250 million -- just a third more than the $190 million he spent to build Our Lady of the Angels Cathedral -- the Cardinal has gained the cancellation of 15 civil trials that already had been scheduled and the end to possibly hundreds of additional lawsuits by the remaining plaintiffs. If cases had gone to trial, legal experts believe that juries would have awarded victims not just compensatory damages, but punitive damages -- something that bishops have used every trick to avoid ever since the landmark Kos case.
6. The Cardinal avoided perjury. Had trials occurred, Mahony himself would have had to take the stand repeatedly, forced to either expose the hierarchy's complicity or perjure himself.

7. The settlement leads us again to consider bishops' cover-up of finances. The LA Archdiocese's public financial reports have been incomplete and misleading. Despite land holdings worth billions, it publicly claims only $494 million in total assets. Other dioceses behave the same way. Bankruptcy proceedings in San Diego and an ongoing criminal trial in Cleveland reveal that both dioceses stashed monies in hundreds of bank accounts, making an accurate count of total assets nearly impossible.

8. Will we see another bogus "release of confidential documents?" In 2005, though ordered by a judge to release priest personnel files, the Archdiocese of Los Angeles managed to release instead highly edited "summaries of information" that were sanitized to the point of falsehood.

The Portland OR archdiocese also showed disingenuous "compliance" with a similar document-release commitment in their plan to emerge from bankruptcy. Bishop Vlazny released just a few hundred pages, a strange hodgepodge of incomplete files (compared to the 40,000-page archive forced out of Boston and the 9,000-page archive released by the Manchester NH diocese).
Finally, with Roger Mahony having the temerity to claim as recently as yesterday he "didn't know" pedophile priests would re-offend, we recommend you read this powerful article about his deposition in the Oliver O'Grady case. It reminds us of the incalculable harm to children that Mahony enabled. He knew.
Posted by Michael-in-Norfolk at Saturday, July 21, 2007