California and President Trump Are Going to War 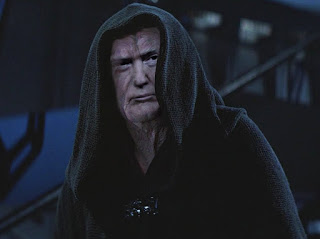 As is his standard mode operation - and that of many bullies - Donald Trump's approach to anyone and anything that doesn't support his grandiose view of himself and/or his policies is to lash out, attack them/it and/or to claim their positions are false.  Be it polls that show he is the least popular president in modern history, news reporters that run stories on facts that Trump finds inconvenient or diminish to his inflated ego, their are attacked and depicted as liars, false news, or worse. Among Trump's favored targets is the State of California which voted resoundingly for Hillary Clinton, is thriving economically by employing approaches anathema to Trump/GOP failed policies, is on the forefront of environmental protection, and which sends more money to the federal government than it receives in return.  A piece in the Washington Post ooks at Der Fuhrer's vendetta with California.  Here are highlights:

President Trump had harsh words for one of his most fervent opponents during the pre-Super Bowl interview with Fox News’s Bill O’Reilly that aired Sunday. Not President Vladimir Putin, mind you, whose alleged unpleasant habit of murdering journalists met with a shrug from the president. No, Trump lashed out at the nation’s largest state, California.

“I just spent the week in California,” O’Reilly said. “As you know, they are now voting on whether they should become a sanctuary state. So California and the U.S.A. are on a collision course. How do you see it?”

“Well, I think it’s ridiculous,” Trump replied. “Sanctuary cities, as you know I’m very much opposed to sanctuary cities. They breed crime, there’s a lot of problems. We have to well defund, we give tremendous amounts of money to California . . . "

More importantly, Trump says two things. First, that California is “out of control.” Second, that he doesn’t want to yank federal funding from the state, but he will if he has to.

California is one of the few states where federal funding isn’t that great a point of leverage. In 2015, California generated $405 billion in tax revenue, more than $100 billion more than the next-closest state. It consumes a lot of federal funding, too, mind you. But data from Pew Research for 2014 compared to 2014 IRS data shows that California gives the federal government more than it takes. . . . . Most states take more than they generate in taxes.

What’s more, data from the Tax Foundation indicates that federal funding makes up far less of California’s total state revenue than most other states’.

Trump is mad about California because voters there overwhelmingly rejected Trump in November. Trump supporters have repeatedly tried to affix an “except California” asterisk to the popular vote result since, were it not for California, Trump would have prevailed on that metric. Saying “except California” has the tricky flaw of equaling “except for 12 percent of the American population,”

Last week, Trump’s war with California took the form of attacking its public college system. After violent protests erupted on the campus of U.C. Berkeley, Trump suggested that he would pull funding from the school, which a) punishes the wrong party, since it wasn’t as though the school asked people to riot and b) can’t be done by executive order anyway.

On Monday, The Washington Post reported that the most visible manifestation of the California economy — the tech industry — had broadly united to file a joint amicus brief in opposition to Trump’s executive order on immigration. The tech industry employs a lot of immigrants to the United States, so there’s clearly a business motivation to take such a stand.

So this is the Cold Civil War that’s erupted. Trump threatens California’s funding; California threatens to pack up and go. Neither is likely to happen. But still — if you predicted that a president’s relationship with the Golden State would be rockier than his relationship with Russia, I’d like to ask your help with some lottery numbers.