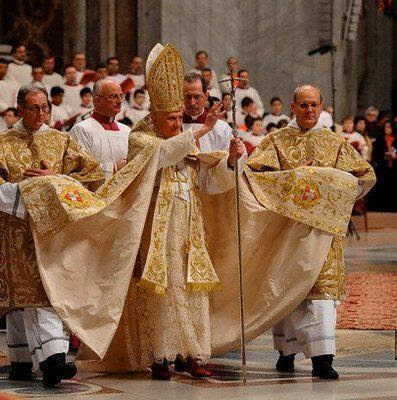 In the last post I stated that religion, particularly conservative Christianity (I would add Islam to that category) is the enemy of human progress and the embrace of knowledge.  In a new document ludicrously titled "Amoris Laetitia," or “the Joy of Love,” Pope Francis made it clear once more that there is little room for love for those who are divorced or LGBT in the Roman Catholic Church.  No changes in Church doctrine are made and at best, Francis tells Catholics to be less condemning in the treatment of divorced and remarried Catholics and LGBT Catholics.  Once again, I am left thinking that gays who remain Catholic suffer from a severe form of masochism.  Why remain in a Church that treats you as little better than garbage?  The only way the Catholic Church will ever change is for people to walk away in a mass exodus, taking their financial support with them.  The Washington Post looks at Francis' mealy mouthed  blathering that proves again that he is not the great hope that liberal Catholics and others desperately wanted him to be.   Here are excerpts:

He called for divorced and remarried Catholics to participate more fully in church life. But he closed the door on gay marriage. . . . But more than anything, Pope Francis’s long awaited document on family life, released Friday by the Vatican, amounts to an exultation of traditional marriage while recognizing that life, in his own words, isn’t always “perfect.”

Some two years in the making, the 256-page document known as an apostolic exhortation and titled Amoris Laetitia, or “the Joy of Love,” amounted to his most sweeping pronouncement to date on the social issues that have deeply divided his senior clergy. . . . offered no changes in church laws – either to the status of gay people or those who divorce and remarry outside the church.

Nodding to the fact that many hoped for a blanket rule allowing divorced and remarried Catholics to take communion, [Cardinal] Schönborn said “many people expected such rules, but they will be disappointed, and persuaded that this is the necessary choice made by our pope.” But he suggested that the pope did offer “renewed encouragement” for a pastoral path in “particular cases.”

Austen Ivereigh, a prominent Francis biographer, wrote Friday that Francis basically punted in the document in terms of the very specifics of who gets Communion and when.
“In effect, Francis has cleared the ground for maximum pastoral flexibility, refusing to treat civilly remarried divorces as a category,” he wrote on the Catholic site Crux.

Ivereigh said this of the changes that might come as a result: “Yet while this is a significant development, it is unlikely to affect that many people.”

“There is some disappointment in Pope Francis [among progressives] now because they want him to act quickly, they want him to change laws, they want him to be different,” said Christian Weisner, a founding member of the Munich-based Catholic reform group who advocates church-sanctioned same sex unions.

On the topic of gay equality, Francis repeated words he has written and said before: same-sex unions are no in way “similar or even remotely analogous to God’s plan for marriage and family.” Yet for the pope who floored the planet when he said, of gay priests, “who am I to judge,” there may be others who still hold out hope, based on other comments Francis wrote in his document.

After praising Christian marriage as being “fully realized in the union between a man and a woman…” he write that “Some forms of union radically contra­dict this ideal, while others realize it in at least a partial and analogous way. The Synod Fathers stated that the Church does not disregard the constructive elements in those situations which do not yet or no longer correspond to her teach­ing on marriage.”

There will undoubtedly be Catholics who see Francis as closing the door on gay equality forever while others will say he left it open a crack .

Pardon me as I go vomit.  The good news is that the under 30 generations are walking away from the Church in droves - many spurred to leave because of the Church's continued anti-gay jihad.  In my own family where we were all raised attending mass, almost no one now darkens the door of a Catholic Church other than perhaps to attend a wedding or a funeral.  Let's hope Francis is hastening the Church's own funeral and irrelevance.
Posted by Michael-in-Norfolk at Friday, April 08, 2016

Francis is good at offering hopeful sound bites (who am I to judge) but when push comes to shove it's the same old nonsense. I left the RCC for the Episcopal Church in 1975 and I've never regretted it!