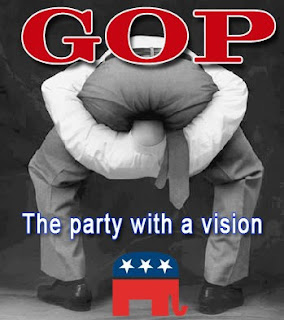 With the North Carolina border roughly 25-30 miles from where I sit writing this post and northeastern North Carolina comprising a portion of the local television view and newspaper circulation area, what happens in North Carolina does impact my home town region.  Thankfully, because of Democrat Terry McAuliffe, Governor of Virginia, we were spared the type of hate and bigotry that has been enshrined (at least for now) into the laws of North Carolina.   Ultimately, what is driving the hate and bigotry is the Republican Party's slavish self-prostitution to far right Christians - the Christofascists, if you will - who are enraged by anything that challenges their ignorance, fear and hate based religious beliefs.  Beliefs ultimately based on myths and legends that are daily crumbling in the face of modern science and knowledge.  As a last gasp to stop progress that is passing them by these (in my view) truly foul, nasty and horrible people have yet again made gays the target of their anger and frustration over the fact that they are increasingly irrelevant.  A column in the New York Times looks at the phenomenon and the damage and destruction being done to the Republican Party.  Here are highlights:

OUR infrastructure is inexcusable, much of our public education is miserable and one of our leading presidential candidates is a know-nothing, say-anything egomaniac who yanks harder every day at the tattered fabric of civil discourse and fundamental decency in this country.

But let’s by all means worry about the gays! Let’s make sure they know their place. Keep them in check and all else falls into line, or at least America notches one victory amid so many defeats.

That must be the thinking behind Republican efforts to push through so-called religious liberty laws and other legislation — most egregiously in North Carolina — that excuse and legitimize anti-gay discrimination. They’re cynical distractions. Politically opportunistic sideshows.

And the Republicans who are promoting them are playing a short game, not a long one, by refusing to acknowledge a clear movement in our society toward L.G.B.T. equality, a trajectory with only one shape and only one destination.

They’re also playing a provincial game, not a national one, and scoring points in their corners of the universe at the expense of the Republican Party’s image from north to south and coast to coast, a brand that needed a makeover — remember the broadly ballyhooed “autopsy” following Mitt Romney’s 2012 defeat? — and somehow didn’t get so much as a tweezed eyebrow or dab of blush.

Nor did it want Republican leaders to spotlight divisive social issues and hurtle anew into the culture wars, which is precisely what Gov. Pat McCrory of North Carolina, who is up for re-election in the fall, just did. He hastily signed a sweeping anti-gay and anti-transgender law that was rushed through the State Legislature as if the state’s security and economy were in immediate peril.

It takes forever in this country to build a new bridge, tunnel or train line, but it took no time flat for politicians in the Tar Heel State to convene a special session, formally ostracize North Carolina’s L.G.B.T. voters and wrap conservative Christians in a tight embrace.

What happened in North Carolina is a problem for Republicans atop the major trouble (Cruz, Donald Trump) that they already had. It exposes divides within the party that are ever more difficult to paper over and contradictions that aren’t easy to explain away.

While the marriage of the party’s evangelical and business wings has never been a cuddly one, it’s especially frosty now, their incompatible desires evident in the significant number of prominent corporations that have denounced the North Carolina law and that successfully pressed the Republican governor of Georgia, Nathan Deal, to veto recent legislation that would have permitted the denial of services to L.G.B.T. people by Georgians citing religious convictions.

Corporations want to attract and retain the most talented workers, and that’s more difficult in states with discriminatory laws. They want to reach the widest base of customers and sow loyalty among young consumers in particular, and the best strategy for that is an L.G.B.T.-friendly one, . . . they’re increasingly at loggerheads with the G.O.P., whose gay-rights advocates are still in the minority and whose socially conservative members still profit from and promote a derisive view of gays.

[S]everal major companies are so concerned about the brew of misogyny, racism and xenophobia stirred up by Trump that they are debating whether to follow through with their usual sponsorship of the Republican National Convention, as The Times’s Jonathan Martin and Maggie Haberman reported last week.

THE party’s anti-gay efforts not only undermine its pro-business stance but also contradict conservatives’ exaltation of local decision making. The North Carolina law was drafted and passed expressly to undo and override an ordinance in the state’s most populous city, Charlotte, . . .

They will lose in the end — whether that’s 10, 20 or 30 years from now. Meanwhile they’ll do undeniable harm to the Republican Party nationally and force tough, coalition-straining choices upon it. They’ll also steal oxygen from matters more central to this country’s continued vitality and prosperity.
Posted by Michael-in-Norfolk at Sunday, April 03, 2016