Is It Time to Divest From HRC? 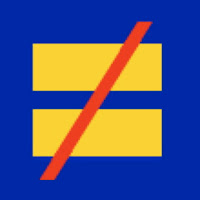 I and many others have had enough of the Human Rights Campaign ("HRC") and its bloated executive salaries, lack of support for local LGBT rights organizations, and most recently endorsement of a Republican that might help the anti-gay GOP retain control of the U.S. Senate.  A piece in Daily Kos looks at the question of whether it is time for liberals and progressives to cease their support of HRC.  I have made my decision and have ceased all contributions to HRC and removed the HRC bumper sticker from my car.  I'd be interested in what readers think.  Here are highlights from the Daily Kos article:

When the gay rights behemoth known as the Human Rights Campaign (HRC) endorsed Illinois GOP Sen. Mark Kirk over his Democratic challenger, Rep. Tammy Duckworth, it took a lot of heat for obvious reasons. Control of the Senate has become a critical flashpoint in 2016 now that liberals have a chance to completely reshape the center of gravity of the Supreme Court with a single justice—a justice that GOP Senate leadership has committed to obstructing indefinitely.

In other words, Republican control of the U.S. Senate is single-handedly blocking a once-in-a-generation opportunity for progressives. In the meantime, it’s also a major hurdle (though not the only one) to congressional passage of the Equality Act, which would provide federal nondiscrimination protections to Americans on the basis of “gender identity” and “sexual orientation.”

For many progressives, the notion that an LGBT equality organization would endorse a Republican is anathema. I am not one of them.

Given the current political climate and the particulars of this coming election, there’s just no good explanation for this mind-boggling endorsement. If Tammy Duckworth was a conserva-Dem, maybe. But not only did she have a 100 percent rating from HRC in the 2013-2014 Congress to Kirk’s 78 percent, the Illinois senate race promises to be extremely competitive, and literally every seat counts on the path to Democrats flipping the handful of seats necessary to regain control of the Senate. (If Democrats hold the White House, they actually only need four since the VP is the tie-breaking vote.)

In the interest of full disclosure, Daily Kos has endorsed Duckworth, but that’s not the impetus for my piece. The controversy made my radar again this week when Kirk said he would support Donald Trump if he were the GOP nominee.

In the words of blogger Andy Towle, “HRC’s Appalling Mark Kirk Endorsement Now Comes with Donald Trump.” That’s when I noticed an organic phenomenon on Twitter that struck me a nascent #DivestFromHRC movement. The twitter search “Kirk HRC” yielded a growing number of sentiments like this simple message: Done with support for HRC. So disappointed: Kirk.

I’m not an HRC fan but I’m also not necessarily an HRC hater—they’ve always had their faults as does any large group. My biggest quibble is this: since they’re working on all things LGBT, they aren’t necessarily accountable for anything. In 2009-2010, for instance, they were initially committed to passing hate crimes protections (which did happen) and then the Employment Nondiscrimination Act (ENDA). But when repeal of “don’t ask, don’t tell” jumped ahead of ENDA—mainly because DADT-specific groups applied more outside pressure and actually protested Congress and the White House—HRC jumped on that bandwagon even though ENDA had been their priority. So the group manages to get partial credit for most LGBTQ wins, but it has little accountability for losses. When something fails, they can always say, well, we were working on (fill in the blank) as a way to dodge responsibility.

[S]omething Michelangelo Signorile noted about the Kirk endorsement has stuck with me.

If HRC is not answerable to LGBT people, however — and its president, Griffin, rarely even gives interviews to LGBT media, while speaking often in the larger media — exactly to whom and what is it answerable, and what are its true priorities? One thing is clear: HRC doesn’t speak for the LGBT community, and the sooner that politicians and those in the media grasp that, the smarter they will be.

HRC, by virtue of its size and visibility, has been given carte blanche to say and do whatever it wants while representing LGBTQ Americans. Mainstream media almost always looks to them first when they’re seeking someone to weigh in on LGBTQ rights. And ever more so recently, the group has made a series of decisions that have actually dealt serious blows to the equality push.

HRC isn’t solely responsible for the lack of LGBT debate this election cycle. As I have noted before, lack of grassroots energy has also contributed. But that is perhaps precisely a reason now to find alternatives to funding HRC. We need to be lifting up a multitude of voices.

Divest? Don’t divest? Perhaps, there are groups you would like to raise up here as possibilities for giving. There’s always the legal groups—Lambda Legal, GLAD, ACLU, Transgender Law Center and the National Center for Lesbian Rights (which launched a “WeAreAllNC” campaign this week.) If you’re inherently drawn to electoral giving, there’s the relatively new Lesbian Political Action Committee, or LPAC, (which endorsed Tammy Duckworth this week). Perhaps some state or regional groups in the South, like SONG (Southerners On New Ground, @ignitekindred).