The Trial of Pope Benedict XVI 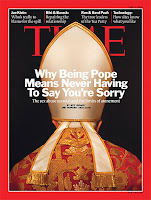