UPDATE: As readers of this blog know, HRBOR and the NGLCC are focused on business networking with a social aspect as well. Pretty harmless stuff - unless one is a crazy wingnut. Here's what the AFA recently said about the NGLCC:
*
Recently, the McDonalds Corporation contributed thousands of dollars and joined the National Gay and Lesbian Chamber of Commerce, a radical homosexual activist organization that pushes the homosexual agenda, including calling for legalization of so-called "same-sex marriage." In so doing, McDonalds has publicly sided in the ongoing culture war against the majority of Americans who hold traditional family values. For this reason, AFA called for the boycott against McDonalds.
*
Funny. I never released marketing my firm and trying to earn a living made me a radical homosexual activist. These folks truly need some serious medication. 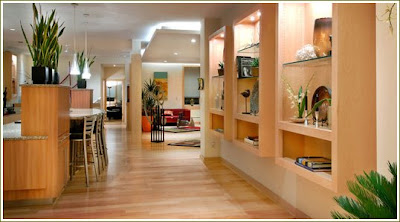 I did not do many posts today/yesterday. Between craziness at work, a HRBOR networking event - we had a HUGE turnout at the Franklin Condominiums in Norfolk (one of the units is pictured above) which may turn out to be the largest ever and then going by friends prior to meeting friend at The Wave to dance, the day was insane. Time permitting, I will try to post more on my normal level tomorrow.
*
I must admit that I am humbled by what HRBOR is growing to be (it is currently the fast growing affiliate of the NGLCC in the USA). Neither I nor my other nine compatriots ever dreamed that we would create an entity that not only keeps on growing, but which may turn out to be a great marketing tool for the region in endeavoring to attract progressive businesses. The non-religious may laugh at me, but I do feel truly called to do some of the activist work that I do. Slowly but surely, I hope HRBOR and its allies can remake the mindset of many in this region.*
*
The HRBOR function was a little weird at first. One of my former neighbors from my old neighborhood who is with an artists coop that has joined HRBOR was at he function. Her husband (whose family lived in my parents' old neighborhood in Virginia Beach) and I did a number of Indian Princess meetings and camp outs together. She and I had not really seen each other since I moved out of the old marital home. Needless to say, she had heard all of the gossip that had exploded (since I had been so involved in things, including the local civic league and the board of the neighborhood pool, there was Lots of gossip), but tonight she was totally cool and very accepting. Yes, it felt nice and I am glad that she had the chance to see HRBOR at its best.
*
All in all, it was a good day. Oh, and Justin, have a safe trip. :)
Posted by Michael-in-Norfolk at Friday, July 18, 2008