America is on the Verge of a Housing Crisis 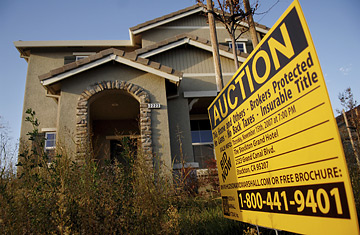 After being forced from a law firm for being gay - at the time, I had no legal protections unlike what is now the law in Virginia - I launched my own law firm focusing on real estate and LBGT clients.  At first, things went well, but then the housing market collapsed as the nation went into the Great Recession. Not only did much of my law practice take a hit, but home values fell as well as the wave of foreclosures drove down property values.  At the moment, the residential real estate market is on fire in a good way, fueled by incredibly low mortgage interest rates - the husband and I are working on one with a rate of 2.37% - that have caused a wave of refinances and home purchases by those still employed despite the Covid-19 pandemic.  But warning signs are on the horizon particularly as moratoriums on foreclosures and rental evictions end and benefits to the unemployed expire.  Indeed, we are the verge of a possible replay of the housing market collapse of 2007-2009 which saw property values plummet.  At the same time, unemployed renters will be facing eviction.  No one will benefit except those seeking to buy foreclosed properties at vastly below market rents.  A column in the Washington Post argues that federal and state intervention will be needed to prevent such an ugly housing crisis reprise.  Yes, safeguards will be needed to make sure that only those deserving receive aid, but doing nothing could be catastrophic. Here are column highlights:

The nation is facing an accelerating housing crisis. Too many people had no stable housing before the pandemic hit, and covid-19 has made the problem even worse. Renters who were already facing an affordable housing shortage (with many spending more than half of their income on rent) now have no federal rental assistance or federal protection from eviction. Homeowners have less than a month left of foreclosure protection. And more than 30 million people receiving unemployment insurance just saw their benefits cut by $600 a week, raising the threat of a wave of defaults that could trigger a double-dip recession.

The Wall Street Journal recently reported that investors are “preparing for what they believe could be a once-in-a generation opportunity to buy distressed real-estate assets at bargain prices.” This profiteering is far from “once-in-a-generation” though: It’s straight out of private equity’s playbook during the 2008 financial crisis. We all know what happened then: Homeowners targeted by predatory mortgages lost their homes to foreclosure, and private equity swept in to buy those homes at depressed prices.

Following the 2008 crash, corporations that grabbed up properties on the cheap converted those homes into rentals, and turned into the worst kind of slumlords — jacking up rents, neglecting maintenance requests and health and safety concerns, and eagerly assessing fines, fees and eviction notices. Other corporate-owned homes were left vacant in a hoarding of housing stock.

We cannot stand by while this history repeats itself. If we fail to prevent another private equity real estate grab, we risk allowing another massive upheaval in the housing market that could wreak more havoc on low-income Americans, especially Black and brown families still recovering from losing their homes a decade ago.

What should lawmakers do? First, pass strong federal legislation to guard against the coming wave of evictions and foreclosures, including emergency rental assistance.

Second, to prevent predatory companies from further destabilizing neighborhoods and profiting off the displacement of families, Congress needs to pass legislation creating new restrictions on the sale of delinquent mortgages. Sen. Warren’s American Housing and Economic Mobility Act would stop the pipeline of these mortgages being sold to private equity firms, and make sure that communities and homeowners are put ahead of private investors.

The cost of inaction couldn’t be clearer. In Oakland, for example, the average home sells for more than $760,000 and the median monthly rent is $3,000, both out of reach for too many families. Advocates estimate that as many as 20,000 residents of Oakland could be evicted during this crisis. Yet even as families sleep in cars and on the streets, hundreds of properties in West Oakland that are owned by a private investment firm sit vacant.

Wall Street has already shown us what it will do if left unchecked: Financial speculators will have free rein to continue exploiting the basic human need for safe and secure shelter — a need that is even greater during a pandemic. Such a move against struggling families would further entrench already terrible wealth disparities, making the promise of affordable housing an ever-dwindling possibility for hard-working families.

I truly believe that doing nothing will lead to another housing market crash.
Posted by Michael-in-Norfolk at Thursday, August 06, 2020

Undoubtedly the Munchkin has already started putting into place plans to repeat the success that put him into a position where he could "forget" that he had another foreign bank account with $100 million in it.