Trump/Pence: Beirut on the Potomac 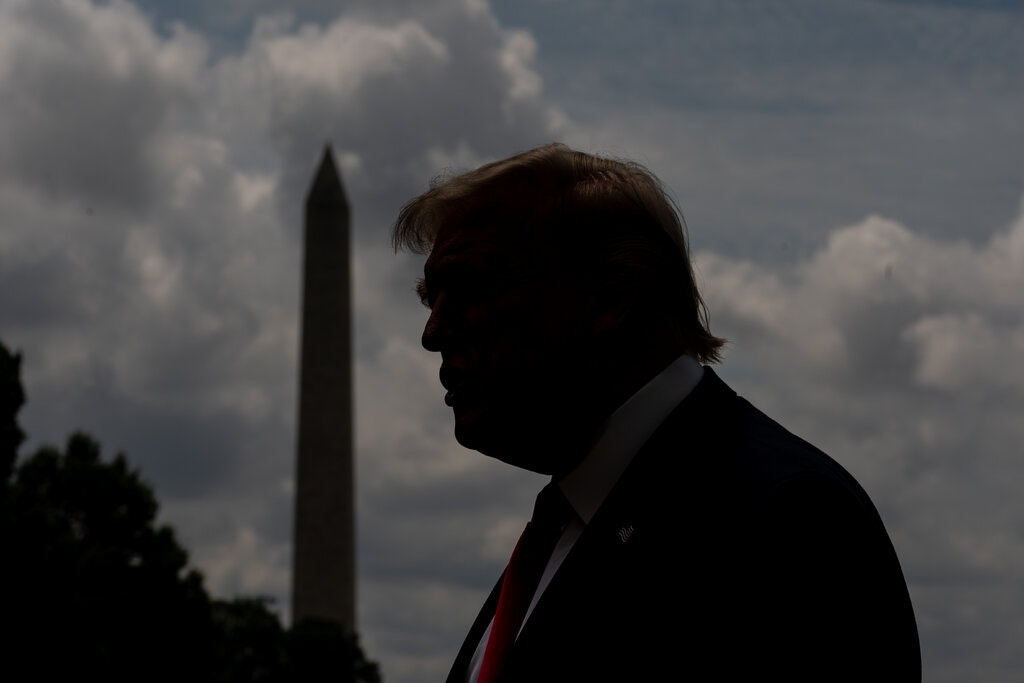 The recent horrific explosion in Beirut has highlighted the incompetence and corruption of the Lebanese government.  How else to explain how  2,750 tons of extremely dangerous ammonium nitrate was allowed to remain in a port side warehouse for six (6) years. The consequences were deadly and frighteningly destructive.  Here in America we are suffering from deadly incompetence and corruption that defines the Trump/Pence regime. Some estimates put the likely death toll of the regime's incompetent response to the Covid-19 pandemic at 300,000 by December - a number almost ten times the death toll of the 9-11 attack on the World Trade Center.  A column in the New York Times looks at the parallels between the Beirut disaster and America's train wreck at 1600 Pennsylvania Avenue.  Here are excerpts:

A society at the point of detonation suffers from internal rot. This was true, for example, of the Austro-Hungarian and Ottoman Empires in 1914. I am interested in two contemporary cases: the spark that blew up 2,750 tons of ammonium nitrate stored since 2014 in a warehouse at Beirut’s port, and the pathogen about one-thousandth the width of an eyelash that has killed at least 160,500 Americans and infected more than 4.9 million as President Trump has flailed.

That Lebanon was rotten to the core is scarcely news. Think of all that unprotected industrial explosive, whose detonation was so devastating, as the ultimate expression of Lebanon’s “malign neglect,” in the phrase of my colleague Robert Worth, a former Times Beirut correspondent, writing in The Globe and Mail.

The discovery this year of Beirut-on-the-Potomac is more surprising, even if America’s malignant state has been evident for some time. The virus highlighted and compounded a sickly national condition.

As other developed countries contained the pandemic, the United States became the pariah nation of dysfunctional government, laughable leadership, tribal confrontation and anti-scientific claptrap. Its own sectarian fiefs, evident in the war of masked believers and unmasked virus deniers, made a coherent response to Covid-19, impossible. The United States, Trump’s “greatest, most exceptional, and most virtuous nation in the history of the world,” detonated into a free-for-all.

I write now from Italy, a nation often held up (somewhat unjustly) as the land par excellence of governmental dysfunction, where the coronavirus struck hard in March and where it seems to now be under control. I write as the American stranger, object of curiosity in this summer sans American tourists. Italy demonstrates that coherent policy, science and a measure of discipline can counter the pandemic. They are alien to Trump’s America, which elicits a pained Italian bewilderment.

The United States does not have two armies, as Lebanon does with the official armed forces and Hezbollah. But like Lebanon, it has fractured.

Its leader, Trump, placed his own fortune above the national interest when he wasted two months downplaying the virus in the belief that a Dow at 30,000 would guarantee his re-election. That is what Lebanon’s clan leaders have always done: put their own financial interests first.

In the past American individualism, a source of economic vitality, could be subsumed into collective determination at times of crisis. The virus proved the exception because American self-reliance has metastasized into narcissistic self-obsession, in the image of Trump. The American spirit got a Lebanese makeover.

Democracy in Lebanon is flawed by nepotism and religious division. In the United States, special interests and the power of the wealthy have warped representative democracy to the point that it fails in its essential task.

The United States is not Lebanon, far from it. But it is ripe for detonation, the more so because that is what Trump seeks.

Lebanese fracture is not American fracture. My southward journeys were not really comparable. The United States has powerful institutions. Its civil war left “government of the people, by the people, for the people” alive. But vigilance is needed if, on Nov. 3, Trump’s America is not to go BOOM.

Posted by Michael-in-Norfolk at Saturday, August 08, 2020