The Myth of the White, European Jesus 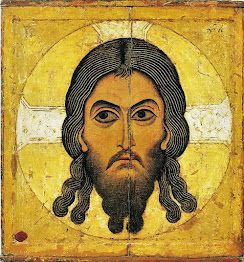 There are many reasons to view the majority of evangelical Christians (and Southern Baptists) with disdain that extend beyond their support for the morally bankrupt sexual predator currently occupying the White House.  Chief among them is their racism - and hypocrisy.  For the most part they hate and dehumanize anyone who is not white, e.g., blacks, Native Americans, brown skinned Hispanics, South Asians, etc., and, of course peoples from the Middle East.  Meanwhile, they claim to worship a Jew from Palestine who based on historical and anthropological evidence  would have been brown skinned like today's Palestinians.  To avoid a similar incongruity white Europeans invented the myth that Christ was white even as they waged the Crusades against non-white Muslims. The myth has been taken up and maintained by today's evangelicals and Southern Baptist despite all the modern evidence that shows the lie of this treasured myth.  A column in the Washington Post looks ate the hypocrisy of these self-styled Jesus loving, non-white hating modern day Pharisees.  Here are column highlights:

Evangelical writer and radio host Eric Metaxas is one of those figures on the right who has been miniaturized by his association with President Trump. The author of a flawed but serious biography of Dietrich Bonhoeffer is more recently the co-author of the children’s book “Donald Builds the Wall!” From Dietrich to Donald is a fall of biblical proportions.

Now Metaxas has stirred controversy with a tweet contending (or assuming) that Jesus was White. His claim was made in reaction to news that the United Methodist Church is partnering with Robin DiAngelo, the author of “White Fragility,” to produce a video series on “Deconstructing White Privilege.” Metaxas’s response read in full: “Jesus was white. Did he have ‘white privilege’ even though he was entirely without sin? Is the United Methodist Church covering that? I think it could be important.”

[T]here is no context in which this statement makes historical or theological sense. In attempting to debunk the idea of white privilege, Metaxas employed a traditional affirmation of white supremacy.

There are admittedly no physical descriptions of Jesus in the Gospels. Traditions about his appearance, including the beard, arose more than a century after his death. But there is no doubt that he [Jesus] was a Jew from what we now know as the Middle East. The white, European Jesus of Western imagination is a fiction produced by those who could not imagine human perfection in any other form. “Whites simply couldn’t conceive of owing their salvation to a representative of what they considered an inferior race,” Robert P. Jones, chief executive of PRRI and the author of “White Too Long: The Legacy of White Supremacy in American Christianity” emailed me. “And a nonwhite Jesus would render impossible the intimate relationalism necessary for the evangelical paradigm to function: no proper white Christian would let a brown man come into their hearts or submit themselves to be a disciple of a swarthy Semite.”

Jesus not only looked like a Middle Eastern Jew; this identity also made him part of an oppressed, dispossessed group. A sense of Jewish powerlessness was the social context for his ministry, and his teaching reflected it.

Jesus offered little advice to the privileged, except to humble themselves and give their wealth away. He had much to say about the inherent value of the poor, the meek and the mourning. This message was one reason he suffered a brutal, unjust, suffocating death at the hands of public authorities. And many of his followers eventually died for resisting the edicts of emperors.

The Christian message has always been more easily and fully understood by those who lack social privilege — by those who see the face of a nonwhite Jesus.

Abolitionist Frederick Douglass provides an example. After his own conversion to Christianity, he quickly encountered the deep hypocrisy of Christians who justified white supremacy.

Douglass understood that the relationship between apostasy and slavery was not only individual but also structural. “The dealer gives his blood-stained gold to support the pulpit,” he continued, “and the pulpit, in return, covers his infernal business with the garb of Christianity.”

Even though Douglass often found “the Christianity of this land” depressing, he maintained great respect for “the Christianity of Christ,” which he regarded as a revolutionary doctrine of freedom and equality. The same Christ, he said, who “poured out his blood on Calvary, cared for my rights — cared for me equally with any white master.”

It is the great temptation of Christians in every time to shape their faith to fit their interests and predispositions rather than reshaping themselves to fit the gospel. This is what happened when Christians justified slavery, blessed the violent reimposition of white rule after the Civil War and sanctified segregation.

Now scandalous injustice has forced the examination of white supremacy in our lives and institutions. The Christianity of Christ has much to offer. Among White evangelicals, it needs better representatives than we have recently seen.

Thank you once again for differentiating between Christians, even evangelical ones, and Southern Baptists (and presumably Southern Methodists as well), who clearly are zealous worshippers at the altars of Baal and the Orange Calf.