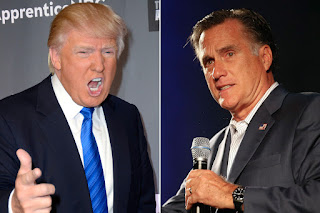 With the announced retirement of Senator Orrin Hatch yesterday, one of my reactions is good riddance.  The man long overstayed his welcome - a view of 75% of Utah voters who did not want him to run for reelection - as evidenced by his rant that he supported working Americans even as he assisted in the passage of the Trump tax bill, perhaps the largest give away to the very wealthy and large corporations (few of which plan in increase employee salaries) in the history of the nation.  The other possible good news is that Mitt Romney will like run for the seat being vacated by Hatch and be elected.  Romney is one of the few Republicans who has maintained his attacks on Trump, perhaps because Trump is very disliked in Utah where Mormons, despite hypocrisy on a number of issues, find the amoral Trump distasteful.  While hardly my favorite individual, unlike most congressional Republicans, Romney still holds to at least a minimal sense of morality.  A Romney win would mean a GOP Senator could continue to bash Trump as has been the case with retiring Senators Corker and Flake.  A piece in Politico looks at the likely fun spectator sport that may exist if Romney takes Hatch's senate seat.  Here are excerpts:

Donald Trump had just returned from Utah last month when the president placed a call to his longtime nemesis Mitt Romney.

Trump was ostensibly trying to ease tensions between the two men, after a trip dominated by news reports that he was courting Sen. Orrin Hatch (R-Utah) to run for reelection in order to keep Romney from seeking the seat. But the 10-minute chat only further raised suspicions within Romney’s inner circle that the president was out to stymie the former GOP presidential nominee’s political ambitions.

The conversation highlighted the fraught relationship between the Republican heavyweights — one that will now take center stage as Romney prepares a Senate bid in the wake of Hatch’s announcement Tuesday that he won’t seek another term, contrary to Trump's wishes. Should Romney run and win, as many expect, he will be poised to be Trump’s most prominent GOP foil, representing the wing of traditional Republicanism that the president has purposefully cast aside.

Romney has made little secret that he will be unafraid of taking on the president. The 2012 GOP nominee has informed a series of Republican Party donors, senators and power brokers in recent weeks that, while he isn’t looking to pick a fight with Trump, he is more than willing to speak out against him. During the 2016 campaign, Romney derided Trump as a “phony” and “fraud” and implored the party to nominate someone else.

Romney is also guided by frustration with the president, which he has long spoken about openly. In June, during an appearance at his annual Park City donor retreat, the former governor grew emotional when he implicitly criticized Trump’s “America First” approach to foreign policy, arguing that the U.S. had an important humanitarian role overseas. In June 2016, speaking at the same event, Romney choked up while describing then-candidate Trump as often hurtful.

The former governor slammed the president over his handling of the violence in Charlottesville, Virginia, last summer, and broke with Trump after the president endorsed accused child molester Roy Moore in the Alabama Senate race.

Romney is wasting little time preparing for a Senate bid, though aides say an official announcement is likely several weeks away. Among his tight-knit circle, there is already talk about who will oversee his campaign, a job that will likely fall to longtime top aides Matt Waldrip, Spencer Zwick and Beth Myers.

Several other Republicans, including state Auditor John Dougall and state Rep. Daniel McCay, have been mentioned as potential candidates. But many Republicans in the state believe Romney, who is well-liked in Utah and has a sprawling fundraising network, would enter the race as the heavy favorite.

His needs would be minimal,” said former Utah Republican Party Chairman Bruce Hough, who has been in touch with Romney. “He would be as close to a consensus candidate as you can get.”

I continue to believe that the Republican Party is beyond saving, but should Romney be elected, he might at least slow the GOP's complete descent into something hideous.

Posted by Michael-in-Norfolk at Wednesday, January 03, 2018