Everyone in Trump World Knows He’s Unfit for Office

Like the scene in the movie the Wizard of Oz where the dog Toto pulls back the curtain and reveals the wizard to be a fraud (see the image below), Michael Wolff’s new book Fire and Fury has done the same to Donald Trump and his White House that is staffed by liars and enablers who have placed their own ambition, greed, and prejudices ahead of the best interests of the nation and its citizens.  As for Trump's desire to stop the publication of the book, his threats show that (i) he has absolutely no understanding of the libel laws as they apply to public figures and politicians, and (ii) the field day that discovery in any lawsuit would be for the book's author and publisher. Only an absolute idiot - which may be the best description of Trump - would open that door.  Why his attorneys haven't shut him up on this losing effort is baffling.   However, perhaps the biggest revelation of the book is that it has shown a spotlight on what anyone one other than Trump's evangelical Christian and white supremacist supporters have known all along (an "open secret," if you will): Trump is unfit for office and presents a clear and present danger to America,    A column in the New York Times and another in The Atlantic excoriate those who have sought to cover up Trump's unfitness with no apparent loyalty to the nation or the oaths to support the United States Constitution.  First, highlights from the Times:

One of the more alarming anecdotes in “Fire and Fury,” Michael Wolff’s incendiary new book about Donald Trump’s White House, involves the firing of James Comey, former director of the F.B.I. It’s not Trump’s motives that are scary; Wolff reports that Ivanka Trump and Jared Kushner were “increasingly panicked” and “frenzied” about what Comey would find if he looked into the family finances, which is incriminating but unsurprising. The terrifying part is how, in Wolff’s telling, Trump sneaked around his aides, some of whom thought they’d contained him.

“For most of the day, almost no one would know that he had decided to take matters into his own hands,” Wolff writes. “In presidential annals, the firing of F.B.I. director James Comey may be the most consequential move ever made by a modern president acting entirely on his own.” Now imagine Trump taking the same approach toward ordering the bombing of North Korea.

[Wolff's book] It’s already a consequential work, having precipitated a furious rift between the president and his former chief strategist, Steve Bannon, who told Wolff that the meeting Donald Trump Jr. brokered with Russians in the hope of getting dirt on Hillary Clinton was “treasonous” and “unpatriotic.” On Thursday the president’s lawyers sent a cease-and-desist letter to Wolff’s publisher, Henry Holt, demanding that it stop publication, claiming, among other things, defamation and invasion of privacy. This move would be fascistic if it weren’t so farcical.

But most of all, the book confirms what is already widely understood — not just that Trump is entirely unfit for the presidency, but that everyone around him knows it. One thread running through “Fire and Fury” is the way relatives, opportunists and officials try to manipulate and manage the president, and how they often fail.

Trump’s chief economic adviser, Gary Cohn, compares his boss’s intelligence to excrement. The national security adviser, H. R. McMaster, thinks he’s a “dope.” It has already been reported that Secretary of State Rex Tillerson called Trump a “moron,” which he has pointedly refused to deny.

And yet these people continue to either prop up or defend this sick travesty of a presidency. Wolff takes a few stabs at the motives of Trump insiders. Ivanka Trump apparently nurtured the ghastly dream of following her father into the presidency. Others, Wolff writes, told themselves that they could help protect America from the president they serve . . . . This is a delusion as wild, in its own way, as Trump’s claim that the “Access Hollywood” tape was faked.

Some of the military men trying to steady American foreign policy amid Trump’s whims and tantrums might be doing something quietly decent, sacrificing their reputations for the greater good. But most members of Trump’s campaign and administration are simply traitors. They are willing, out of some complex mix of ambition, resentment, cynicism and rationalization, to endanger all of our lives — all of our children’s lives — by refusing to tell the country what they know about the senescent fool who boasts of the size of his “nuclear button” on Twitter.

Maybe, at the moment, people in the Trump orbit feel complacent because a year has passed without any epic disaster, unless you count an estimated 1,000 or so deaths in Puerto Rico, which they probably don’t.

Eventually, we’ll hit the ground, and assuming America survives, there should be a reckoning to dwarf the defenestration of Harvey Weinstein and his fellow ogres. Trump, Wolff’s reporting shows, has no executive function, no ability to process information or weigh consequences. Expecting him to act in the country’s interest is like demanding that your cat do the dishes. His enablers have no such excuse.

I would add that these criticisms extend to every Republican member of Congress who have closed their eyes to Trumps unfitness and perhaps even his possibly treasonous dealings with Russia.  McConnell, Ryan, the list goes on and on have betrayed the nation in favor of their party and its hideous reverse Robin Hood agenda.


The piece in The Atlantic goes further in demanding an accounting of those who have sought to hide the open secret that Trump has no business in the White House - or any public office.  Here are highlights:

Three months ago, when Jodi Kantor and Megan Twohey of The New York Times unloaded their first big report about Harvey Weinstein’s pattern of sexual aggressiveness and abuse . . . . Of the reactions that flowed from this and parallel revelations—about Roger Ailes and Bill O’Reilly in the Fox empire, or Matt Lauer and Charlie Rose in mainstream TV, or Kevin Spacey and Louis CK in the film world, or Michael Oreskes and John Hockenberry in public radio, or Mark Halperin and Leon Weiseltier in print and political media, and down the rest of the list—one response was particularly revealing. It was that the behavior in question had been an “open secret.”

In the very short term, a few people reflexively offered “open secret” as an explanation, even a rationalization. . . . . But you rarely hear rationalizations of that sort any more. Now the open-secret premise usually leads to a follow-up question. If “everyone” knew what was going on, why didn’t anyone do more to stop it? And this in turn has led to institutional and personal self-examinations. In all these cases, the malefactor remains most to blame. But “it was an open secret” now properly seems a broadened indictment, of all those who quietly let him get away with it, rather than an excuse. The details in Michael Wolff’s new book Fire and Fury make it unforgettable, and potentially historic. . . . But what Wolff is describing is an open secret.

Based on the excerpts now available, Fire and Fury presents a man in the White House who is profoundly ignorant of politics, policy, and anything resembling the substance of perhaps the world’s most demanding job. He is temperamentally unstable. Most of what he says in public is at odds with provable fact, from “biggest inaugural crowd in history” onward. Whether he is aware of it or not, much of what he asserts is a lie. . . . . He is aswirl in foreign and financial complications. He has ignored countless norms of modern governance, from the expectation of financial disclosure to the importance of remaining separate from law-enforcement activities.

And, as Wolff emphasizes, everyone around him considers him unfit for the duties of this office. . . . This is “news,” in its detail, just as the specifics of Weinstein’s marauding were real, hard-won news. But it also is an open secret. This is the man who offered himself to the public over the past two-and-a-half years.

I chronicled signs of every one of these traits through the campaign cycle, in The Atlantic’s 162-installment “Trump Time Capsule” series. But practically anyone else in political journalism can make a similar claim. Who and what Trump is has been an open secret.

It was because of this open secret that nearly 11 million more Americans voted against Trump last year than for him, including the three million more who voted for Hillary Clinton.

It was because of this open secret that virtually every journalistic endorsement in the country went against him, including from publications (like The Dallas Morning News or The Arizona Republic) that are ordinarily rock-ribbed Republican, and others (like USA Today) that had not offered endorsements before or (like The Atlantic) generally did so only once per century. It was because of this that his party’s previous nominee, Mitt Romney, publicly denounced him—and that most of the political establishment, Democratic and Republican alike, assumed that no person like him could ever reach the White House. 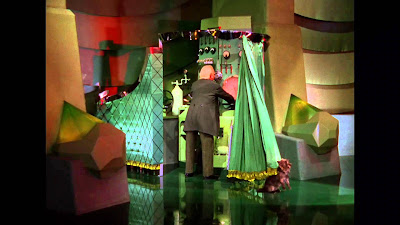