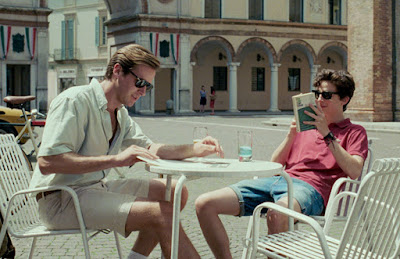 The enemies of LGBT Americans - which include the current occupant of the White House and the virulently anti-gay Mike Pence - seemingly never tire in their efforts to malign and stigmatize us or to basically depict us as less than fully human. The Roman Catholic Church and a legion of evangelical "Christian" denominations - I use quotation marks because these people are anything but truly Christian - reject science and modern medical and mental health knowledge that confirms that sexual orientation is not a choice and that being gay is not abnormal.  Just as troubling, they utterly ignore the emotional legitimacy of same sex relationships, many of which are more stable and long enduring than those of many heterosexual couples (two friends will soon have their 40th anniversary).  Our lives and loves involve far more than sex acts, just like those of heterosexual couples.  How do LGBT individuals defeat this bigotry and embrace of ignorance?  One way is to live our lives authentically and without apology ("coming out" remains the strongest form of activism).  Another way is to have movies depict our lives with sensitivity and respect.  A piece in Gay Star News - a British outlet - lists its picks for the top 10 LGBT films of 2017.  My favorite is "Call Me By Your Name" which I saw last week in Fort Lauderdale.   Read the entire piece and see the movies.  Here's GSN's review of its No. 1 pick:

Call Me By Your Name, about an American student who spends a lazy summer in Italy assisting his professor before falling for his son, is different. Homosexual love – between gifted, libidinous 17-year-old Elio (Homeland’s Timothée Chalamet) and sultry, strapping 20-something Oliver (The Social Network’s Armie Hammer), in 80s Italy of all places – is permitted to flourish.

To clarify, don’t expect a sweet, sickly rom com. The wait for the principal players to get it on is agonizing. It makes up the vast majority of openly gay director Luca Guadagnino’s languid 130 minutes, and said flourishing is brief – but thankfully not too brief.

There’s pain too. But it’s deliciously melancholic. There’s no darkness. I steeled myself for the inevitability of prejudice – as the guys skip drunkenly down an empty street, when Elio opens up to his father about the affair – but no such moment arrives. Everyone in the movie is a good person.

Sound too good to be true? It’s allowed to be. It’s fiction, based semi-faithfully on André Aciman’s 2007 novel of the same name. (Fans of the book have slammed the comparable lack of explicit sex; for me it’s a criticism that certainly stands up stronger than with Tom of Finland).

For the most part the movie exists on a different plane – the unreliable world of Elio’s memory, perhaps. The dense foliage and the hanging fruit of his parents’ gorgeous, ramshackle mansion conjure thoughts of the Garden of Eden. But there’s no fall, per se.

Hammer seduces with his booming voice and statuesque physicality, but the movie belongs to Chalamet. On paper, Elio is dislikable. An awkward, arrogant intellectual who speaks three languages and plays piano and guitar. He’s a rich kid who gets to hang out and read all summer: why the hell doesn’t he get a job?

Guadagnino’s luxurious palette and harnessing of light elevate the story. So does the piano-led soundtrack, including three moving contributions from Sufjan Stevens. A near-perfect movie.

Unless you have a heart of stone, the movie will move you.  I am told that the Naro Theater in Norfolk, Virginia, showed previews of the movie in "coming attractions" although no date is set as yet.  For local readers, I recommend this movie highly.   I also highly recommend the book as well.