Life Expectancy is Increasing Except in the U.S. 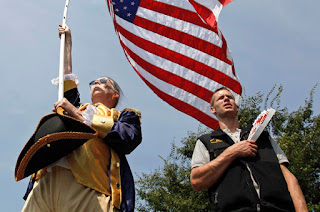 America has the most expensive and least efficient healthcare system of any advanced nation.  On average Americans - at least those who can pay - pay two to three times more for heathcare notwithstanding Republican lies that the free market will lower costs.  History has shown, the opposite has been the case.  Now, even with Obamacare helping millions, the results are showing: life expectancy is increasing everywhere except in America.  The policies so extolled by the GOP simply aren't working.  The irony, of course, is that in many cases those most harmed by the GOP agenda voted Republican thanks to calls to racism and religious extremism.  A piece in the Washington Post looks at this sad picture.  Here are highlights:

Here's a rare bit of good news: People are living longer than ever.

According to a new Lancet study, life expectancy will jump across much of the industrialized world in the next two decades. By 2030, women in South Korea can, ahem, expect to live to 90, up from 84 in 2010. Women in France, Japan and Spain on average will hit at least 88 or 89 years, up from around 85. Men in South Korea, Australia and Switzerland will also see big gains, living to about 84 by 2030. Fellows from Canada, Spain, New Zealand and the Netherlands will also make gains.

But one country is stuck treading water: the United States. According to experts who studied 35 countries, Americans will see only a small boost. In 2010, average life expectancy for men here was 76. By 2030, they can expect to live just three more years. For women, life expectancy will jump just two years, from 81 in 2010 to 83 in 2030.

Researchers said our low performance is notable because “life expectancy at birth is already lower than most other high-income countries, and is projected to fall further behind such that its 2030 life expectancy at birth might be similar to the Czech Republic for men, and Croatia and Mexico for women.” It's worth noting, too, that the researchers only looked at data until 2013 — so they missed the unprecedented decline in life expectancy that hit two years later.

Experts attribute the lag to economic inequality, particularly when it comes to health care. The United States is one of the only industrialized nations without universal health care. “This means that some groups are getting left behind, and it’s pulling the average down,” James Bennett, a researcher in the department of epidemiology and biostatistics at Imperial College London, told Vox. Americans also suffer higher rates of death from alcohol, drug use and mental disorders. We also have high rates of obesity, homicide and infant mortality, which drags down our average.

Other countries with high projected life expectancy include Australia, Canada and New Zealand. Researchers credit their high-quality health care, along with low smoking and traffic accidents. France and Switzerland did well because they had some of the lowest rates of obesity.


Yes, America is exceptional alright, but not in a good way!